YA Literary Agents Tell Us What They're Looking For (Plus Mash-Ups!)

Many thanks to all of the fabulous young adult literary agents who participated in our round-up this month! Here's what we asked the agents:

What books or movies do you feel epitomize or encompass the manuscripts that you're looking for? Why? Is there a “mash-up” you would you love to see? (ex: Hunger Games meets Doctor Who, Downton Abbey meets Harry Potter) 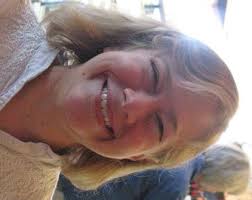 I think YA editors are increasingly interested in realistic fiction-- things that could happen in the real world. Given my personal preference for funny novels, I'd like to find something as engaging and enjoyable as Diary of a Wimpy Kid, but for older readers. (No illustrations necessary!)

Books that are clearly mashups (like Pride & Prejudice & Zombies) would be hard to sell right now. On the other hand, mashing two ideas together to come up with something wholly new is still a great way to gain inspiration. What if a repressive society like the one in Hunger Games invented time travel? Would it bolster the society, or bring a revolution? Could you write a story about a boy like Harry Potter-- the neglected son of heroic parents who finds his own way to finish what his parents had started-- but set in the magic-free, class-bound society of Britain in the 1910s? I think both of these stories could be done, and they could be really interesting.

I actually don't want a "mash-up"--I want something that's so different that it's not something that can quite be put into a "this meets that" formula or something that so unique that I wouldn't have ever thought to put them together. 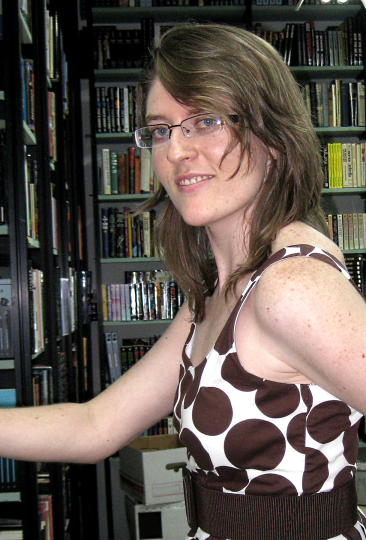 Aside from my own authors' books, I assume? (Although honestly, client books are always a good way to gauge an agent's tastes.) For fantasy, The Queen's Thief series by Megan Whalen Turner and Ash by Malinda Lo. For sci-fi, Blade Runner and Firefly. Right now, I'd love see just-about-anything-spec-fic meets Revenge (which itself is The Count of Monte Cristo meets the Hamptons). Also, as ever, I'm looking for book with a setting that is steampunk meets 1st century Maya.

Confession: I love television almost as much as I love books (almost). I do think y.a. follows t.v.: sexy historicals after Downton Abbey, serial-killer protagonists after Dexter, etc. But beyond the trends, television has a lot to teach authors about plot, scene, and motivation. I’d love to see a y.a. slowly revealing a variegated back story, like American Horror Story. Don Draper’s struggle (and often, his failure) to be better, more self-aware in Mad Men is something I’d love to see in a teen protagonist. PBS’s new Mr. Selfridge is an excellent example of how historical figures (especially ones we haven’t seen represented much in popular culture) can make fascinating and compelling heroes. Battle Star Galactica and Doctor Who, though tonally very different, were wonderful examples of how sci-fi concepts can tell intensely human stories, asking that great question What If? What if our enemies lived among us? What if a stranger offered us a life of adventure…but couldn’t guarantee our safety? Television is an excellent writer’s tool, not for teaching prose or style, but for examples of immediate, gripping story, and complex, multi-dimensional characters.

I would love to see more Indiana Jones type books because there's action and adventure mixed with history. I would also love to see a book along the lines of Bill and Ted's Excellent Adventure. Time travel is cool, and I love the idea of a time traveling phone booth (totally took a page from Doctor Who!). I would also love to see a (YA, NA, Adult) paranormal romance series along the lines of Kresley Cole and Gena Showalter. I love the premise and characters of both series; very original, and fantastic writing! I also have a soft spot for Karen Marie Moning. She wrote the very awesome Highlander and Fever series (also the first book of a new series--based on the Fever world out now too); I always lose track of time when I am reading her books.

I would love to see Holes meets The Secret Garden: a freshly original contemporary story but with an inner sweetness. I’m tired of jaded, smart-alecky voices in middle grade and young adult novels. Middle grade novels especially should
offer the best stories because these are the best and most loyal readers!

My go-to movie that describes my tastes is THE FIFTH ELEMENT, because it’s a little out there with sci-fi/fantasy elements, romance, action, humor, kickass female lead, and is fresh and unique. If I had to pick a perfect book to represent, it would be ELLA ENCHANTED; fun, funny, heartwarming, romantic, again with fantasy and magic, but I’d want it sitting right next to a book like BEFORE I FALL, a darker, sad or gritty even, contemporary with a magical twist, sandwiched thisclose to THE FAULT IN OUR STARS. Definitely tend to like the darker contemporaries, and not afraid to cry. The adult romance I love is epitomized by DREAMING OF YOU by Lisa Kleypas and LORD OF SCOUNDRELS by Loretta Chase, sprinkled with a dash of early-2000’s Julia Quinn; I’m a sucker for historical novels with feisty, fiery females and alpha males, though truly any sort of Beauty and the Beast fan fiction works for me.

Right now, I can’t say there’s any real mash-up I’m super looking for, but I would love to find an adult contemporary romance, with lots of humor and heart, small town even, maybe HART OF DIXIE meets THE DECOY BRIDE, or an adult fiction with magical realism. Definitely steering away from paranormal or even sci fi and fantasy because I have a lot of authors on my list who write that!

I love the Harry Potter books and movies both. Their extraordinary characters and whimsical magic combine to create something totally different. Entertaining plus enlightening on the issues of right versus wrong. As far as mash-ups, I’d love to see Downton Abbey aboard a long haul spaceship, Twilight with aliens and colonists on a distant planet, and a post-apocalyptic space adventure like Lost in Space meets Planet of the Apes for YA. Yeah, I guess you could say I’m in a science fiction kind of phase these days! I think it’s the next trend in YA.

What books or movies: This is a bit hard for me to answer. There are so many amazing books and movies out there, but since they're already out there, I would probably want something that is different and unique in its own way. I haven't had the chance to read much (apart from subs) in the past year, but the list of YA books that have come out in the last two years alone are mind-blowing. Cinder, Enchanted, Origin, Anna Dressed In Blood, Shadow and Bone, Daughter of Smoke and Bone, Hate List, 13 Reasons Why, Stormdancer- all of them are so different, so fantastically well-written! I would love to find submissions that are so creative and mind-sweeping, with stellar voices, great writing, and tremendous heart.

Another thing I would love to see are multi-cultural YA books with a well-written voice and an exciting plot. Think Indiana Jones or Isabelle Allende's Daughter of Fortune, but written from a YA perspective. What could be more interesting than that? Another great movie that could be written from a YA perspective is an old time favorite of mine, The Interpreter, where Nicole Kidman plays a woman escaping from her home in Africa, from a past that is more than shadowy and heartbreaking. I would love a YA take on a story about a white girl set in a conflicting time period in Africa or India or any other country that was once occupied, and her trials growing up in such a climate. A coming of age story with forbidden romance, the day-to-day problems, a dysfunctional family, and the political turmoil in the background. I think the bottom line is that the story I read should be different and heartfelt. It should move me. I've read a lot of fantasy submissions and dystopian fiction that's beginning to sound very similar. Even Sci-Fi seems to be heading in the same direction, which is why when I read Cinder, I was blown away. A world of cyborgs in New Beijing! C'mon! Awesome. :) Give me more.

Mash-ups: I'm really really bad at mash-ups. I think I'm going to go out on a limb here and say Devil Wears Prada in the world of Cinder. To clarify, in a world of cyborgs, high-tech, and robots, a rich cyborg girl gets an internship at a popular (insert establishment) and needs to fight tooth and nail with her other cyborgs competitors for the grand price, only for it to mean nothing when intergalactic forces rain down on her parade and try to take over her world. :)