The Journal of Finnegan MacCullen: March 7

The other day, my master, Gideon Lir, and I were talking about all the things we wanted to do in our lives. So, we decided to write up a list. Here’s mine:

#9 Learn to drive Gideon’s truck. It’s got a stick shift!

#8 Tell my best friends, Rafe and Savannah, who and what I really am. After all, what human wouldn’t want to have a Fey as a friend?

#7 Find the Spear of the Tuatha De Danaan and finally kick some goblin butt.

#5 See my dad’s moonstone light up for me. Just once.

#3 Go a whole day without losing my temper.

#2 Go a whole day without getting into a fight with Gideon.

#1 Become a Knight of the Tuatha De Danaan.

When I showed Gideon my list, he just nodded, then handed me his list. It just had one thing on it:

See my apprentice grow to manhood. 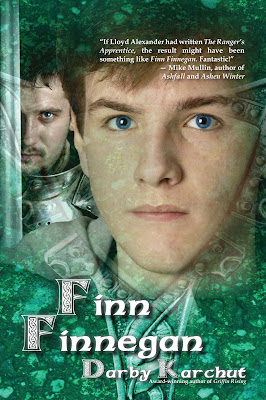 Finnegan MacCullen: a thirteen-year-old apprentice with the famous Irish temperament. Gideon Lir: a legendary Celtic warrior with a bit of temper of his own.

Secretly, these blue collar warriors battle the hobgoblins infesting their suburban neighborhood...when they are not battling each other.

Finn (not bleedin’ Finnegan) MacCullen is eager to begin his apprenticeship. He soon discovers the ups and downs of hunting monsters in the suburbs under the demanding tutelage of the Knight, Gideon Lir, a descendant of the Tuatha De Danaan, a magical race of warriors from Ireland. Scattered long ago to the four corners of the world, the De Danaan, also known as the Fey, wage a two thousand year old clandestine battle with their ancient enemy, the Amandán, a breed of goblin-like creatures.

Now, with beasts concentrating their attacks on Finn, he and his master must race to locate the lost Spear of the Tuatha De Danaan, the only weapon that can destroy the Amandán, all the while hiding his true identity from his new friends, Rafe and Savannah, twins whose South African roots may hold a key to Finn’s survival.

Armed with a bronze dagger, some ancient Celtic magic, and a hair-trigger temper, Finn is about to show his enemies the true meaning of “fighting Irish.” 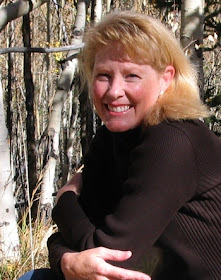 All her life, the archetypal hero and his journey have enthralled Darby Karchut. A native of New Mexico, Darby grew up in a family that venerated books and she spent her childhood devouring one fantasy novel after another. Fascinated by mythologies from around the world, she attended the University of New Mexico, graduating with a degree in anthropology. After moving to Colorado, she then earned a Master’s in education and became a social studies teacher.

Drawing from her extensive knowledge of world cultures, she blends ancient myths with modern urban life to write stories that relate to young teens today.

Darby is a member of the Society of Children’s Book Writers and Illustrators and the Pikes Peak Writers Guild. She lives in Colorado Springs, Colorado with her husband, where she still teaches at a local junior high school. She enjoys running, biking, and skiing the Rocky Mountains in all types of weather.

Griffin Rising is her first novel. She is currently working on the next books in the series, Griffin's Fire (April 2012) and Griffin's Storm (December 2012). Her middle grade novel, Finn Finnegan, will be released March 2013 from Spencer Hill Press. The next book in the Finnegan series, Gideon's Spear, will be released from Spencer Hill Press in February 2014.