Like so many writers before me, I had the goal of becoming a published author one day. Ever since I was 15 years old and wrote my first book, I had dreams to see my novel on the bookstore shelves. And when I began to seriously pursue those dreams, I made sure to do my research on how to make it happen. This is what I was told I had to do to achieve published author status:

--Write an awesome book
--Query agents
--Get an agent to take a chance on an unknown author
--Have that agent pitch my book to editors
--Find an editor who likes the book enough to bring it to their publishing company
--And if I’m lucky, that publishing company will offer a deal
--Become successful author

Thinking this was the only way to reach my goals, I set out to follow all the guidelines given me. I queried dozens of agents and finally found one who liked my book! He brought it around to about 7-8 editors at major publishers, but everyone passed on the project. He tried again with my next book and while we came close to a sale at one publisher, it ultimately didn’t sell. Then, after that, my agent dropped me as a client.

At this point, I wondered if writing books was what I was even meant to do. I didn’t want to be naïve and miss the signs that were all telling me to stop wasting my time with a dream that was never going to happen. So, I took a 6-month hiatus from writing. But I quickly began to get the itch to write again. And that’s when I realized I needed to change the way I was approaching everything.

So I asked myself why I was writing. Was it only to get published and achieve fame and success in a very specific way? Ultimately, no. I write because I love it and I feel compelled to do it. I feel like I have stories to share with the world and I’d like to try my best to do that. And if this is my real goal—writing books because I love it and getting my books out to people who will hopefully enjoy them—then I needed to open my mind to the possibility that it might not happen the way I always assumed it would.

It was around this time that I discovered the online writing community site called Wattpad. Wattpad is like a YouTube for writers, where anyone can join and post short stories, full-length novels, poetry, screenplays….just about any writing you can think of.Up until this point, I’d always been told by traditionally published authors (whom I admire greatly), that you never give anything away for free. But I had a new goal: get my books out to people who might enjoy reading them. If this was true, and here was a platform with which I could do that, then why would I say no simply because I wouldn’t be getting paid for it?

So I began to post something for free on the site. I’d done my research on what the users were reading on there (which happened to be paranormal romance, surprise, surprise) and decided to write an original book in this genre. The result was a YA novel called LIFE'S A WITCH, which was about a teen witch who was a direct descendent of Bridget Bishop, the first person killed in the Salem Witch Trials. It had magic, spells, drama, love and action…and quickly became a huge hit among teens and adults alike.

Within 6 months, I’d finished writing and posting LIFE'S A WITCH on Wattpad and had garnered 6 million reads of it. Nearly a year after beginning to post the book, I had about 19 million reads of it and readers were re-creating scenes from the novel in public and calling themselves Twitches (teen witch). Then, my fans began to ask where they could buy it. So, because there was a demand for it, I decided to publish the book myself.

Soon after that, the press caught wind of my success on the site and decided to write a few articles on me. And once the publishing industry heard about the popularity of LIFE'S A WITCH, they came calling, and within a month of self-publishing, we found ourselves in an auction between four publishing houses. In the end, I went with Simon & Schuster in a 3-book, six-figure deal.

I think what I’ve learned most from my experience is that we live in a really exciting time right now. Whereas 10 years ago, there was really only one way of becoming a successful author, now we have so many opportunities available to us. IF we’re willing to keep an open mind to how it’s supposed to look and happen. Had I insisted on getting my book deal the old-fashioned way, I’m not sure it would have materialized. At least, not at this time and with a built-in fanbase like I have. And even though I’m working with a traditional publisher now, I still plan to continue thinking outside the box when it comes to my writing career.

Do you think there’s only one way to go about getting published? Or are you willing to allow your big break to happen in its own way? 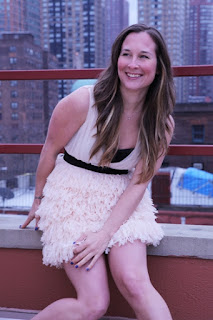 Brittany Geragotelis, a former Olympic-bound gymnast and magazine editor, is a self-professed pop culture junkie turned author. Her paranormal action book LIFE'S A WITCH received 19 million reads on the writing site Wattpad, before she sold the series to Simon & Schuster. WHAT THE SPELL? is her first published book in the series. Brittany currently lives in New York City with her fiancé and two cats, Murray and Cohen. 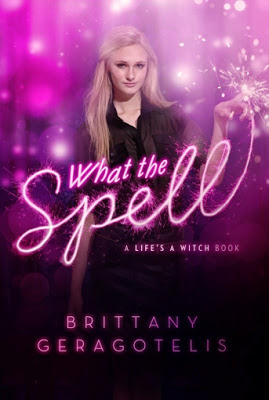 A teenage witch juggles popularity and romance while keeping her powers a secret in this spellbinding debut.

Almost-sixteen-year-old Brooklyn feels invisible, but she desperately wants to be pretty, to be popular, to be adored by a cute guy. Luckily for her, she’s a witch about to come of age—so she’s only a few spells away from making it all happen.

On her milestone birthday, Brooklyn’s conservative parents finally unbind her powers, which include the ability to magically match couples with a love spell. Brooklyn uses her special skills to get a makeover, new friends, and the attention of her crush, Asher. But the popular clique Brooklyn wants to infiltrate puts her in the same precarious position as her Salem ancestors: If she’s found out, she could be vilified—and lose Asher in the process. Can she make the most of her magic, or will she be luckless and loveless? Be careful what you witch for!