Craft Post: Anna Collomore on Drafting with an Outline

Leaving Room for Inspiration/Creativity Within an Outline
by Anna Collomore

The question of outlining in novel-writing is generally very polarizing. Some feel strongly that outlining hampers the creative process; otherwise swear it’s the necessary hand that holds ours through the duration of the first draft.

Initially of the former camp, I wrote my first novel according to scenes that popped into my head out of nowhere and voices that felt whispered from some divine source. I paid homage to the writing gods and waiting for emotion and inspiration to drive me. What I did not consider enough, however, is how to drive the novel—and I wound up deleting over one hundred meandering pages.

I have also experienced the opposite extreme. I once took on a work-for hire project that required me to write a novel based on a 40-page (single spaced) outline that someone else created for me. The outline was 1/3 the length of the novel and so detailed that it occasionally provided bits of dialogue. It enumerated everything from characters’ favorite breakfasts to their morning routes to school. It left zero room for creative freedom and perfectly illustrated the way in which an outline doesn’t always translate easily to the page. I deleted 50+ pages of awkward transitions that seemed A-okay in the outline itself but felt off when the characters finally came to life.

Now, though, I’m an outline convert. This is because I think I’ve hit on a happy median: a loose—or semi-planned—outline. In the “loose” outline, I give myself just enough direction to write a tight first draft and just enough freedom to play within the borders I’ve established. (This is also, incidentally, how I like to plan my life.)

A very simple model for a loose outline is as follows:

1.) Nail your concept.
2.) Create a 3-Act structure.
3.) Fill in emotional and plot beats.
4.) Jot notes/ideas/inspiration (as they come) within the 3-Act structure.
5.) Optional: create a chapter breakdown.

My most recent book, The Ruining, is a thriller about a nanny who is driven mad by her employer (who harbors a dark secret). I used a five-page outline (including vague chapter breakdown) to write The Ruining. It left me just enough creative freedom but also kept the process streamlined—I was able to write the first draft in two months and took another month to write a second, more solid draft. (During the second draft process I added approximately 75 pages to the first draft.)

The concept line I started with was this: Annie, a live-in nanny for a wealthy San Francisco family, is slowly driven mad by her nefarious employer—who holds a dark secret.

You DO need to know your concept in order to create an initial outline. You DO NOT need to have more than a few vague ideas about your plot. (For example, I did not yet know what the “dark secret” was going to be.) Your concept should clearly summarize the story you want to tell in one specific sentence. There is a very big difference between concept and topic/theme. So, “madness” cannot be a concept. Nor can “nannying” or “manipulation.” It can take some time to nail your concept—but it’s the hardest part. Once you have a concept, you already possess the general framework for a story.

A simple model for outlining a novel is to break your story into three parts. In Act I, something big happens that sets the novel in motion. Act II is the unfolding action—everything that results from the Big Moment in Act I. At the end of Act II, we have a major revelation or climax that leads into Act III: resolution.

So a very simple 3-act structure for my novel, The Ruining, would have been this:

Act I:
-open with Annie (protagonist) in her OLD LIFE (Detroit).
-Annie moves to NEW LIFE (San Francisco)—end on dramatic moment in which she is dazzled by her new “family’s” wealth, i.e. the first time she sees their sprawling mansion.

As you can see, this is virtually unplotted—but it provides a general arc for getting started. As I wrote the first act, which I had envisioned clearly (and is generally very short—no more than 30 pages), ideas for the second act came to mind. (“Annie bonds with Libby,” for example, came to life in the form of Libby giving Annie some designer hand-me-downs and taking an interest in her college major.)

Later, you can add more character and plot details to your outline, which should ultimately serve as a place for structuring your notes and ideas into usable form. So if you have an idea for the way “Annie meets love interest,” write it in. (I.e. Annie wipes out on pool patio and cute next door neighbor rushes to her aid.) It then unfolds into a scene.

Your initial outline may be even less detailed than the above. It may use placeholder terms such as, “big emotional moment” or “clue is revealed.” You may not stumble across the exact nature of that moment or that clue until after you’ve written a chapter or two—but you’ll know exactly when in your draft you should be hitting these points, because you’ll be able to see clearly (via the outline) where the action picks up and slows. And you’ll know to build toward big moments from the beginning. These important structural and emotional “beats” in your novel will keep you from going off on tangents that seems fascinating at the time but stretch for 30 pages and ultimately derail your plot.

You need not know the ending right away. You don’t need to know whether the girl ends up with the boy or whether the con artist gets caught and sent to jail. You only need a very rough idea of what questions ought to be answered—and then you can keep these in mind as you write. For example, a later version of my outline (actually was served as my final version) contained an Act III that looked like this:

What’s going on? Is it possible she imagined the entire thing?

The ending is decidedly ambiguous, leaving readers wondering whether Annie will ever be released and reunited with Owen. What’s more, it’s not clear whether Annie is truly insane. Is the story of Libby’s dark secret the truth? Or is it the wildest of Annie’s delusions?

I clearly did not have these questions answered for myself—and yet I had a point to work toward and questions to address within the text. (Incidentally, loose-outlining is not risk-free! I wound up writing three separate endings before my editor was happy.) A loose outline is like a map: it guides you to the point you eventually want to reach and keeps you from veering off track. But what you’ll discover along the way? That comes later, and that’s the fun of it. 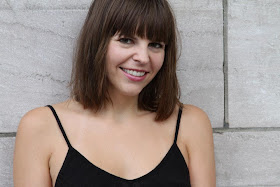 Anna Collomore--a devotee of dairy products, small mammals, and thrift stores--is a former book editor from New York City. Now she lives, writes, and au pairs in Paris. Find out more about Anna and The Ruining at www.annacollomore.com. 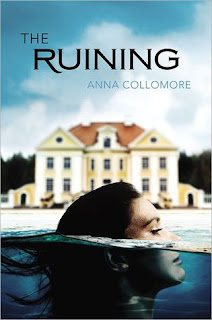 Annie Phillips is thrilled to leave her past behind and begin a shiny new life on Belvedere Island, as a nanny for the picture-perfect Cohen family. In no time at all, she falls in love with the Cohens, especially with Libby, the beautiful young matriarch of the family. Life is better than she ever imagined. She even finds romance with the boy next door.

All too soon cracks appear in Annie's seemingly perfect world. She's blamed for mistakes she doesn't remember making. Her bedroom door comes unhinged, and she feels like she's always being watched. Libby, who once felt like a big sister, is suddenly cold and unforgiving. As she struggles to keep up with the demands of her new life, Annie's fear gives way to frightening hallucinations. Is she tumbling into madness, or is something sinister at play?

The Ruining is a complex ride through first love, chilling manipulation, and the terrifying depths of insanity.