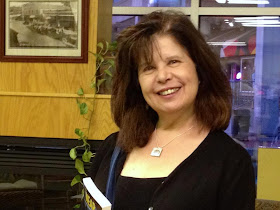 How much of our a life’s happiness or disappointments depend on the nature of the things we wanted in the first place? In FLASH POINT, Amy and Kayla Kent are sisters, but they are very different. Poor, pretty, and desperate in a near-future United States, both girls would like to experience certain things sometime during their lives. Their bucket lists clearly define their personalities:

KAYLA’S BUCKET LIST
1. Sail on a huge yacht
2. Win an Academy Award
3. Marry a handsome billionaire
4. Throw a wild party someplace nobody ever expected a party
5. Tell everyone I dislike to go to hell, with no repercussions 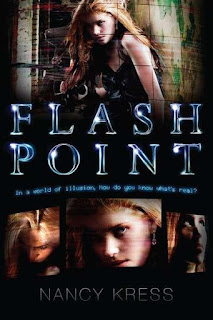 In a near-future United States in economic crisis, sixteen-year-old Amy tries to earn money for her dying grandmother by taking a job as a contestant on a new TV reality show. The show invites viewers to predict how the seven teen-aged contestants will behave in various bizarre ‘scenarios.’ The contestants themselves don’t know in advance when these scenarios will occur or what they will be, and initially—and disastrously—Amy often guesses wrong. She finds allies among the other kids, as well as enemies, and is drawn to a boy who prefers her sister. Each scenario on the show becomes riskier than the last as the producers attempt to drive up ratings. Meanwhile, the United States moves toward riots and then revolution by unemployed and desperate citizens. The political situation is exploited by the show. Amy’s sister, larcenous Kayla, is a wild card in this mix as Amy attempts to control both their participations in the scenarios. Finally, a desperate producer and a personal betrayal force Amy into actions she never imagined she would have to take. 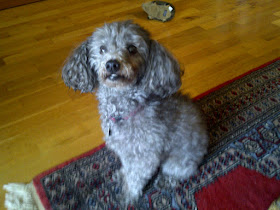 Nancy Kress is the author of thirty books. Her science fiction has won every major award in her field. FLASH POINT is her first YA science fiction novel. Nancy lives in Seattle with her husband, writer Jack Skillingstead, and Cosette, the world’s most spoiled toy poodle.