Before I die? -- What about a good night’s sleep?

You got a hope? I hope Scotty doesn’t kill Rita and her family because they tried to help me. They’re incredible people. Kind. They love each other. They don’t deserve to die.

You got three wishes? I wish you’d go to hell. And stay there. And leave me alone. Okay, I wish I could hide where I’d never be found. I wish the cuts on my leg would stop itching. I wish . . . what?

Money? I could buy what I need. Somebody’d try to take it.

Protection? No such thing.

I know. I wish I could get away clean. Get someplace big like San Diego. Mexico. Get somewhere where no one could find me.

Think about it too much and it’s hard to breathe. Think about it a little. See a good guy who works. Cares about his own life. Has a future. Won’t trash it with drugs or crime. Has room in his mind to like someone else. Likes me. Surprises me. Smiles when he sees me.

Sometimes I think about someone like that. Pretty sure Scotty would kill him. Kill me last. Make my brain stop . . .

A taut thriller about Angel, a 14-year-old who is pursued by a man who has a deadly need to silence her.

In a keenly evoked California desert setting, Angel desperately seeks to escape. Inadvertently, she finds help with a group of caring Mexican-American neighbors, who refuse to let her face her nemesis alone. A loner, Angel’s been homeschooled by a meth-addict mother who has hooked up with a “long string of abusive boyfriends picked with the accuracy of a heat-seeking missile.” Her latest, Scotty, is a doozy, and when Angel finds her mom buried in the desert, he realizes she can put him behind bars. A hunter of contraband, he proceeds to use all his wiles to keep her quiet. Neighbor Abuela makes a plan to help her escape, resulting in the entire family becoming targets. Angel struggles with trust, guilt and maintaining her focus even as she is frightened to death. Suspense never lets up, as the third-person narrator monitors Scotty’s pursuit when Angel doesn’t. Kids and their teacher at a Head Start classroom provide a sense of normalcy and yet are clearly potential victims, upping the ante even more. The small, decaying towns, the Salton Sea and the desert heat provide a vivid backdrop for the unfolding drama. Angel is a tough heroine who needs help but knows if she accepts it, she is risking other lives, too. 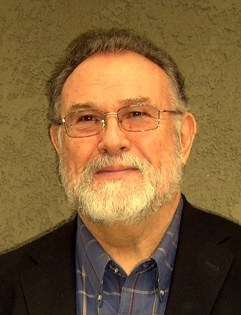 
Raised in Colorado and Montana, Charlie graduated from Stanford in the late 60's and has lived in Italy, New York City, Oakland, and Mexico before settling in Northern California. From street schools in Bedford-Stuyvesant, to locked psychiatric units, to Academic Dean in a therapeutic boarding school, he has worked with adolescents and adults in trouble since the early seventies. Currently he consults and coaches for public and private agencies.

Charlie has been delightfully married for the past thirty years and, in spite of abundant flaws, he's a decent guitar player, fly-fisherman, and free throw shooter. He currently lives on a river in Northern California.