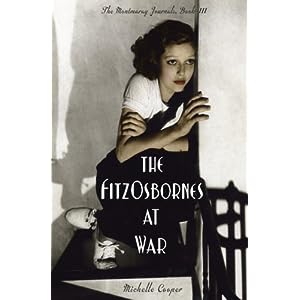 The FitzOsbornes at War (The Montmaray Journals)
by Michelle Cooper
ARC

Michelle Cooper completes her heart-stealing epic drama of history and romance with The FitzOsbornes at War.

Sophie FitzOsborne and the royal family of Montmaray escaped their remote island home when the Nazis attacked. But as war breaks out in England and around the world, nowhere is safe. Sophie fills her journal with tales of a life during wartime. Blackouts and the Blitz. Dancing in nightclubs with soliders on leave. And endlessly waiting for news of her brother Toby, whose plane was shot down over enemy territory.

But even as bombs rain down on London, hope springs up, and love blooms for this most endearing princess. And when the Allies begin to drive their way across Europe, the FitzOsbornes take heart—maybe, just maybe, there will be a way to liberate Montmaray as well.

Order The FitzOsbornes at War (The Montmaray Journals) on Amazon

View The FitzOsbornes at War (The Montmaray Journals) on Goodreads 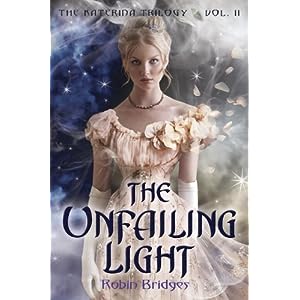 Lush and opulent, romantic and sinister, The Unfailing Light, Volume II in The Katerina Trilogy, reimagines the lives of Russia's aristocracy in a fabulously intoxicating and page-turning fantasy.
Having had no choice but to use her power has a necromancer to save Russia from dark forces, Katerina Alexandrovna, Duchess of Oldenburg, now wants to forget that she ever used her special powers. She's about to set off to pursue her lifelong dream of attending medical school when she discovers that Russia's arch nemesis--who she thought she'd destroyed--is still alive. So on imperial orders, Katerina remains at her old finishing school. She'll be safe there, because the empress has cast a potent spell to protect it against the vampires and revenants who are bent on toppling the tsar and using Katerina for their own gains. But to Katerina's horror, the spell unleashes a vengeful ghost within the school, a ghost more dangerous than any creature trying to get in. 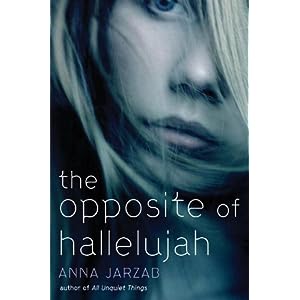 The Opposite of Hallelujah
by Anna Jarzab
ARC

A riveting depiction of sisterhood, as one sibling's return home unleashes lies, a secret long buried, and emotional upheaval.
Caro Mitchell considers herself an only child--and she likes it that way. After all, her much older sister, Hannah, left home eight years ago, and Caro barely remembers her. So when Caro's parents drop the bombshell news that Hannah is returning to live with them, Caro feels as if an interloper is crashing her family. To her, Hannah's a total stranger, someone who haunts their home with her meek and withdrawn presence, and who refuses to talk about her life and why she went away. Caro can't understand why her parents cut Hannah so much slack, and why they're not pushing for answers.

Unable to understand Hannah, Caro resorts to telling lies about her mysterious reappearance. But when those lies alienate her new boyfriend, friends, and put her on the outs with her parents, Caro seeks solace from an unexpected source. And as she unearths a clue from Hannah's past--one that could save Hannah from the dark secret that possesses her--Caro begins to see her sister in a whole new light.

Order The Opposite of Hallelujah on Amazon

View The Opposite of Hallelujah on Goodreads 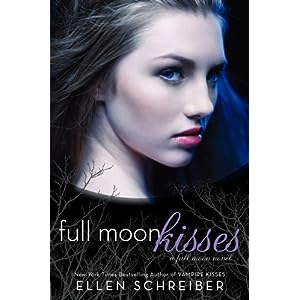 Beware of the full moon.
A werewolf wants to take you into his world. Forever.
Celeste and Brandon know that Nash in werewolf form is bad news. But a new prediction from psychic Dr. Meadows has Celeste wondering: Which of them wants to turn her into a werewolf?
Still on Celeste's and Brandon's minds is the "cure" from Brandon's father. Brandon must face one dilemma he hadn't anticipated—if his dad's serum really does work, is he willing to give up being a werewolf for good? Is Celeste willing to give up her heroic werewolf boyfriend? And when Nash finds out there's a cure, will he try to take it from Brandon as they continue to deal with their rivalry, their competing affections for Celeste, and their struggles with their werewolf identities?
Then things grow still more complicated when a gang of sketchy guys from a neigh-boring town comes to Legend's Run just before the big Werewolf Festival. What, or whom, are they looking for?
The third installment in the sumptuous series about werewolves and the popular girl who loves one is full of danger, mystery, and undeniably romantic full moon kisses.