Our WOW guest today, Marissa Burt, writes MG fantasy and is represented by Laura Langlie of the Laura Langlie Literary Agency.  Her debut novel, STORYBOUND, is in stores now.  You can visit her online at www.marissaburt.com.

Revising with Anticipation
by Marissa Burt 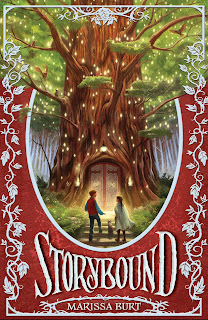 When I was in elementary school, I loved the concrete objectivity of arithmetic.  If I learned the math rules and thought about the problem logically, I could sort out the steps and arrive at the answer.  I liked that there was a clear end to the assignment.  Yes or no, right or wrong, math problems gave me the satisfaction of a job done correctly.  And a shiny gold star at the top of the page.
Not so with writing.  Sure, there are rules.  There are processes.  Some would say there are even formulas.  But there isn’t a “correct” way to write.  There isn’t a moment where a writing project is “done” and merely awaiting the gold star of approval.  This is never truer than with the revision process.  Perhaps you’ve written a lovely book.  Maybe you are out on submission and spend your days obsessively clicking on the e-mail refresh button.  Or you might have trunked a favorite novel, given up on the hope that it will ever be the “right fit”.  Wherever you’re at with your writing, I want to encourage you to carry on, and, most importantly, to get rid of the idea of a static project.  Embrace the revision process!

At any stage in the writing process, revision can give new life to your work.  I’m not sure why it is that, as a new writer, I shied away from revisions.  Sure, I didn’t mind tweaking things a bit, but I didn’t want to cut entire characters or rewrite scenes that I already liked just fine thank-you-very-much.  Maybe it was fear of messing with a good thing.  I think more likely it was – to say it bluntly – laziness.  I just didn’t want to do more hard work.  I wanted it to be good enough.  I wanted someone to put that lovely smiley face on my writing assignment and say: Great! Correct answer!  All finished.  Here’s your book contract.

But if we want that kind of gold star reward, we’d be better off swapping our works in progress for a workbook of long division problems.  My debut novel STORYBOUND had been through quite a few “not right for us” and “no thank you” passes before my now-editor Erica Sussman asked if I’d be willing to do an exclusive revision with her.  To be honest, I was so thrilled an actual editor was willing to work with me on my book that I didn’t give much thought to the amount of work it would take.  Then came the phone call with general editorial notes.  And a huge revision which rearranged POVs, slashed characters, and reworked the plot.  At that point, I was ready for the gold star.  Instead I got a twelve-page editorial letter and another revision, after which came line edits.  And another revision.  A few more tweaks and we were ready to acquisitions.  After Harper acquired the book, we went through four or five more revisions.  I don’t need to tell you that it was a lot of work – both for me and the lovely team at HarperCollins. 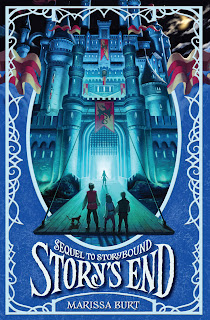 But do you know what I found?  With each stage of revision, I could see that the manuscript was so much stronger.  I would look back at the old version and think: How could I ever have submitted that?  Yes, it was sometimes hard to cut characters.  There were a few scenes I cut from one spot, saved in a separate document, and found a clever way to reinsert later on.  Still, there are little darlings I hope see the light of day in some other book.   But such is the nature of writing.

The process doesn’t end with the gold star and a book deal.  STORYBOUND is out on shelves now, and I guarantee that if I read through it today, I’d discover things I want to change.  Since creativity is unlimited, the amount of potential in a creative work is also limitless.  A story can always be better.  Now at some point, we must say, ”This is a good story.  It’s ready.”  But the truth is that the gold star for writing isn’t finishing a project.  The gold star is becoming a better writer.


Revisions flex those muscles for us and help us hone our craft.  Don’t be afraid to revise dramatically!  Look with fresh eyes at an old manuscript and try writing from a different angle.  Find someone you trust and beg them to be brutal.  If you are asked to make a revision, try out each suggestion.  You may not like them at first, but surely it’s worth an attempt.  Why not?  There’s nothing to lose!  You can always change something back, though, in the end, I’ve rarely wanted to.  Instead, I discover that revising boldly changes things for the better.  The wonderful thing about writing is that there is no scarcity of creativity.  The well doesn’t have a bottom, as if it will run dry at some point - something that may be true of all creative pursuits.

I once saw an interview with Ian Holm (think Bilbo in the Lord of the Rings) where he described this approach to his film roles: for each take of a scene, he would adopt a fresh angle.  The lines were the same.  The settings were the same.  But he always tweaked his delivery to see how it could be different.  His words remind me to approach each revision with curiosity and a sense of anticipation.  I expect to make big changes, and I trust that revisions will take the story in new directions.  I might have traded in my gold stars, but in return, I’ve found a different kind of satisfaction, one that realizes the process is worth it, even if the outcome is mysterious.


What about you?  How do you tackle revisions?  What is one thing that you’ve found to breathe new life into your writing?
Martina Boone at 6:00 AM