WOW Wednesday: James Mihaley on Writerly Miracles and Sticking to Your Guns 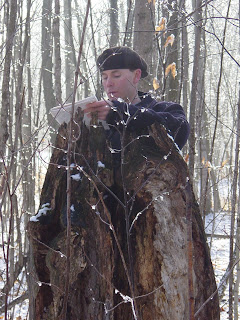 James Mihaley grew up in Door County, Wisconsin. He is a graduate of Brown University. His middle grade novel, ‘You Can’t Have My Planet But Take My Brother, Please’, about a boy who discovers humans are merely renting the earth and are about to be evicted, was recently published by Macmillan. He has generously offered up a copy of the book for a giveaway, which we will do on Friday. You can find him on Facebook and on a fun YouTube book trailer here.

Miracles and Sticking to Your Guns

I got an agent on a Monday. She gave my book to an editor at Macmillan on Tuesday. We sold it on Wednesday. I do volunteer work at the Children’s Hospital of Los Angeles. I’m part of the Literally Healing program, which believes in the healing power of children’s literature. I was walking through the front door into the hospital when I got an e-mail from my agent, Rosemary Stimola, informing me that Macmillan had acquired ‘You Can’t Have My Planet But Take My Brother, Please’. But here’s the craziest thing of all. It wasn’t until after I sold the novel that I actually learned how to write for children!

What the heck does that mean? 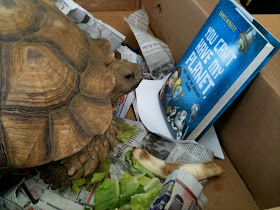 I came to writing ‘You Can’t Have My Planet But Take My Brother, Please’ from writing an adult literary novel, which I’m just finishing up. It took me a while to realize that there is a huge difference between writing for adults and children. Macmillan saw the potential in the book when they acquired it. They could see that I was funny and I had the voice down for my feisty thirteen-year old narrator, Giles. But it took months of revisions, under the guidance of two brilliant editors, Liz Szabla and Kate Eagan, for me to get a handle on the finesse and restraint that is required when writing for children. My book has a huge Eco-theme. You can’t bludgeon children with facts about environmental degradation. It will get lost on a nine year old. You have to figure out a way to get the point across while keeping the story fun and exciting. I think Peter Pan is the ultimate example of depth and humor in a children’s book. Every time I read it, I burst out laughing. And yet, there is something so profound at the core. This is what makes a classic. This is what we strive for, to write the best book we’re capable of. We do this by never being afraid to take chances. 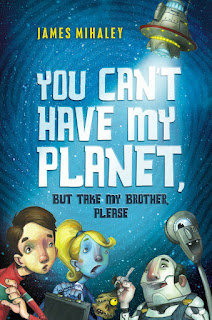 My book has aliens in it. I was committed to making them fresh and interesting. I decided to take some chances. My alien mad scientist, Dr. Melissa Sprinkles, invents a robot that can turn paper back into trees. That’s the kind of things mad scientists are supposed to do. But she also has a moveable face. When you’re talking to her, her face will start sliding down her body. So you really have to stay focused. Occasionally an eye will head north while the rest of the face goes south. Dr. Sprinkles is also obsessed with shoes. She comes up with her best ideas when she is out shoe shopping.
I have some monsters in my book called Kundabons. How do you keep a monster from being clichéd? Well, they have a cage attached to their bodies, which they use to store their victims. The cage is actually part of a Kundabon’s body, just like an ear or nose. The bars on the cage are lined with fine white hairs. When Giles sees a wart one of the bars, he freaks out. (Can you blame him?)
Another big gamble, in a completely different way, was including a girl in a wheelchair as part of Giles team that must clean New York City in one day in order to save humanity. My editors initially had reservations about this. They thought it might come across too heavy in a fun Middle Grade book for reluctant readers. They were thrilled with how it turned out. Navida’s role in my book, her importance especially at the end, is something I’m very proud of.

Fortunately my editors let me take risks. Sometimes they thought I was going a bit too far and would reel me in. But they always gave me the right to make the final decision on whether or not something got deleted.

Sticking To Your Guns

My editors made suggestions that almost always made sense. (You expect that when one of them worked on The Hunger Games!) However, if I didn’t agree with a suggestion, and if I felt in my gut that the line needed to stay in the book, I let them know and they respected this. I think it’s important to listen to your convictions. If you feel on a gut level that something needs to stay in the book then by all means keep it there. One of the dangers of a writers group is that you get bombarded with feedback. This is something to be wary of.

The architecture of your novel must come from your own heart, not the random thoughts of others sitting around a table.