Alex Sanchez on LGBTQ and Controversial YA

Today, we are excited to welcome Alex Sanchez to tackle challenging issues in young adult books. Alex is the award-winning author of many books that feature LGBTQ characters. His willingness to address difficult topics has earned him the reputation of being highly influential in YA. 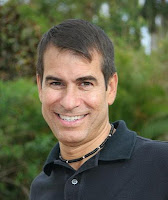 A bit about Alex:
Alex wrote his first children's book in college. Later he received a master's degree in Guidance and Counseling. He went on to work with youth and families in the U.S. and overseas. The story of Rainbow Boys came to him at a time when he was struggling with his own coming out issues. It was his first novel. Since then, he's been writing about a book per year. You can visit his website or follow him on Facebook.

What compels you to keep writing when you know that a portion of readers may view some of the content as controversial (whether it’s LGBTQ content or anything else someone may take issue with)?
I don’t set out to create controversy. I write to communicate and connect. I don’t write to please or displease other people. Writing is my passion, meaning, and purpose in life. It’s unrealistic to expect that everyone will like what I write, but hopefully some people will. And if a few people are made uncomfortable by what I write, that only shows the power of writing: to evoke passion in others.

How has the public’s reception of your novels that include LGBTQ or other controversial topics changed over time, if at all?
Without a doubt, American society is becoming increasingly tolerant and accepting of LGBTQ issues. Among young adults, more teens are coming out at younger and younger ages. And more “straight” teens have LGBTQ people in their lives whom they love and care about. These teens are a powerful change agent in schools. And educators and parents are responding to them. Consequently, my stories elicit less and less controversy and have become more and more accepted.

In your opinion, why is it important for teens (and other readers, for that matter) to have access to books that include controversial content (LGBTQ, sex, drugs, violence, bigotry, etc.)?
It’s easy for us as adults to tell young people don’t smoke, or take drugs, or have sex, or hurt other people. But young people will have their own thoughts about issues, and such admonishments will have limited impact. I believe our responsibility as adults is better carried out not by teaching young people what to think but rather how to think. One powerful way to do that is through stories. In stories, a reader places him/herself inside the characters’ skin, and thereby experiences those characters’ choices and consequences. In the process, teens can decide for themselves what decisions they would make and develop their own views about issues. Stories can be a great way to learn both how to think and how to empathize.

We’d love to hear YOUR thoughts on controversial children’s/YA books. How have they shaped your life? Why do you believe certain topics are taboo? If you’re a parent, how do you handle books with controversial topics as your children select books to read? Go!
Martina Boone at 6:00 AM