Time Concepts in Young Adult Literature and a Giveaway 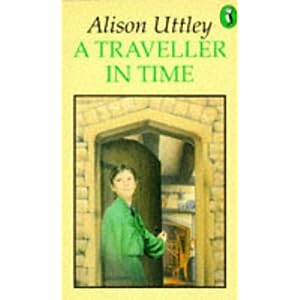 For a different take on time in young adult fiction, pick up TIMELESS by Alexandra Monir. It came out in January, 2011. Amazon.com named it one of the “Best Books of the Month”, and Barnes & Noble featured the title in their “Top Teen Picks.” The sequel is coming out shortly. Alexandra also integrated original music into the novel’s pages, writing two songs for the book, which she recorded with producer Michael Bearden (musical director of Michael Jackson’s last concert, This Is It ). The songs were released on iTunes as a supplement to the book.

Read below for interviews with both Myra and Alexandra and the book blurbs, and then fill out the form at the bottom for a chance to win TIMEPIECE or TIMELESS. Enter by midnight on 7/5. US and Canadian entries only.

Q. What first interested you in the concept of time?
A: I think time is the most magical of the elements! I'm a history buff and also fascinated by the future, so I was just drawn to the idea of writing a book that explored time in a non-linear way.

Q: How long did you work on TIMELESS and “Secrets of the Time Society?”
A: I spent a year and a half working on TIMELESS, from writing the outline all the way to copyediting the final draft. Half of that time was spent on my extensive research of New York history, particularly focused on the three different eras I was writing about.

Q: How was your journey to publication? Long, short, how many rejections?
A: I had a very unusual journey to publication- in many ways, the book deal fell into my lap when I came up with the idea, as if it was meant to be! Random House was actually the first publisher my agent submitted my book proposal to, and they bought it. But since I was a teenager I'd been paying my dues as an aspiring screenwriter and recording artist, so even though the book deal was such an amazing surprise, it was also like "Success- finally!" :)

Q: What advice would you most like to pass along to other writers?
A: My best advice is to read constantly- especially the enduring classics, and the new books on the market that are making a splash. Also write every day, even if it's just in your journal. Regular practice is so instrumental in developing your writing skills and signature voice.

Q: What has surprised you most about becoming a published author?
A: Since I'd never imagined myself a novelist until I got the book deal for Timeless, I was surprised by how thoroughly I fell in love with writing books and how quickly it came to feel like my calling in life. It's been a thrilling road so far, and I'm excited to continue and see where the path leads! :)

When tragedy strikes Michele Windsor’s world, she is forced to uproot her life and move across the country to New York City, to live with the wealthy, aristocratic grandparents she’s never met. In their old Fifth Avenue mansion filled with a century’s worth of family secrets, Michele discovers a diary that hurtles her back in time to the year 1910. There, in the midst of the glamorous Gilded Age, Michele meets the young man with striking blue eyes who has haunted her dreams all her life – a man she always wished was real, but never imagined could actually exist. And she finds herself falling for him, into an otherworldly, time-crossed romance.

Michele is soon leading a double life, struggling to balance her contemporary high school world with her escapes into the past. But when she stumbles upon a terrible discovery, she is propelled on a race through history to save the boy she loves – a quest that will determine the fate of both of their lives.