WOW Wednesday: Holly Schindler on Things Happening All at Once 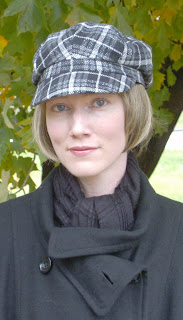 When I got my master’s in ’01, my mom invited me to stay home and devote full-time effort to getting a writing career off the ground (my lifelong dream). I figured it’d take a year or so to write a novel, then it’d sell (I was lucky enough to have placed poetry, short fiction, and literary critique in journals when I was in college, and was under the grand delusion that selling a manuscript would be a breeze for me), and in oh, two years or so, I’d have money in the bank, and I’d be off and running.

The truth is that it I spent the next seven and a half years writing and submitting manuscript after manuscript…after manuscript. In that time, my friends from college finished up PhDs, started teaching, doing research, became professionals. I often felt like all I had was a deep gash in the drywall where I’d spent months upon months banging my head against it. And rejection slips. Hundreds upon hundreds upon hundreds of them—more than a thousand in all.
Enter the holiday season of ’08. That’s when my YA, A BLUE SO DARK, was under submission at Flux. I spoke to Brian (Farrey, acquisitions editor at Flux) for the first time just before Thanksgiving, and though I tried to play it cool, I spent Christmas on pins and needles, tied up in knots, hoping that finally the acceptance I’d been working toward for so long would appear.

Appear it did, just a few days after the new year. And literally two hours—I swear it’s true—two hours after I accepted the offer from Flux, the phone rang. On the other end of the line was an agent who was raving about a middle grade book I’d sent earlier that fall. With an offer of representation.

I accepted (Deborah Warren later sold my debut MG, THE JUNCTION OF SUNSHINE AND LUCKY, to Dial, and is still my agent). After that initial phone call, though, in the winter of ’09, I just stood in my kitchen, dazed, wondering how it could have happened. Seven and a half years I’d been seeking a book deal, seeking representation. And in the course of two hours in one day, I had both.

The thing is, though, I can’t attribute that incredible day to luck or holiday magic. That day is the result of hard work. Period. That day happened because I really did read every single one of those thousand rejection letters (more than eighty of them were rejections for A BLUE SO DARK). Painful as it sometimes was, I didn’t just toss those rejections in the trash, insist I was right, and continue to submit the same book over and over. I digested the critique and I dove back in, revising before submitting again.

For the most part, though, I really think that’s what luck is really made of: the ability to recognize your own shortcomings, the willingness to listen to advice, and the sweat of some insanely hard work. 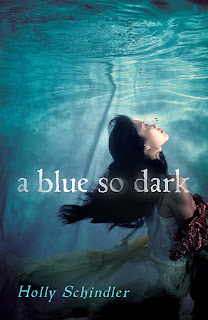 A BLUE SO DARK:

Fifteen-year-old Aura Ambrose has been hiding a secret. Her mother, a talent artist and art teacher, is slowly being consumed by schizophrenia, and Aura has been her sole caretaker ever since Aura’s dad left them. Convinced that “creative” equals crazy, Aura shuns her own artistic talent. But as her mother sinks deeper into the darkness of mental illness, the hunger for a creative outlet draws Aura toward the depths of her imagination. Just as desperation threatens to swallow her whole, Aura discovers that art, love, and family are profoundly linked—and together may offer an escape from her fears. 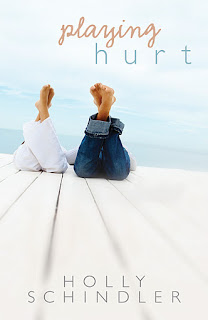 Star basketball player Chelsea “Nitro” Keyes had the promise of a full ride to college—and everyone’s admiration in her hometown. But everything changed senior year, when she took a horrible fall during a game. Now a metal plate holds her together and she feels like a stranger in her own family.

As a graduation present, Chelsea’s dad springs for a three-week summer “boot camp” program at a northern Minnesota lake resort. There, she’s immediately drawn to her trainer, Clint, a nineteen-year-old ex-hockey player who’s haunted by his own traumatic past. As they grow close, Chelsea is torn between her feelings for Clint and her loyalty to her devoted boyfriend back home. Will an unexpected romance just end up causing Chelsea and Clint more pain—or finally heal their heartbreak?

A BLUE SO DARK TRAILER:


Need some inspiration this morning? Tired of waiting for things to happen? Take heart. This next story will knock your socks off, I promise. Read it and then catch up with Holly Schindler at hollyschindler.com or hollyschindler.blogspot.com. She also runs two group author blogs: YA Outside the Lines (yaoutsidethelines.blogspot.com) and Smack Dab in the Middle (smack-dab-in-the-middle.blogspot.com). If you have e-copies of her books, she will sign those as well, through Kindlegraph: http://www.kindlegraph.com/authors/holly_schindler.