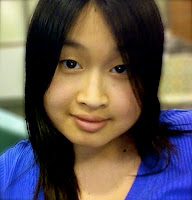 Today's guest is Kat Zhang, whose novel HYBRID--about a girl with two souls--recently sold to Harper Children's in a 3-book deal. (And since I've read it, I can tell you it is AMAZING--put it on your calendars!) You can catch her at her blog or on Twitter. She is represented by Emanuelle Morgen of the Judith Erlich Literary Agency.

I’m not sure how unusual this is, but one of my favorite parts of writing is the revision process. There’s something magical, of course, about the first draft, about the initial crafting of the story—the surprise around every corner, the unformed characters, the development of the world and settings. But for me, the real beauty lies in the revision, when you take all this wondrous mess that has spilled out onto the page and mold it into something ten times better than it was before. For me, the first draft is like the making of the clay; you add the main ingredients, get the right constancy, the right overall color. But it’s not until later that you actually begin sculpting.

Of course, this might not be the case for everyone. I had a teacher once who said that when he wrote a story, the first day he wrote about a paragraph. The perfect paragraph. Then the next day, he’d spend half his time perfecting that first paragraph even more, then adding another perfect paragraph, and so on and so on for years. I guess it worked for him, but honestly that would drive me crazy and I’d never get anything done.

On the other hand, I know people who can churn out a complete first draft in two weeks and then spend the next half year editing. Personally, I work somewhere in-between. I’ve never completed a first draft without satisfying the itch to go back and at least revise a little of the beginning (usually this happens about halfway through the draft), but I try not to get too caught up in it.

After all, there will be enough revising to do later on. The whole publishing process, for the average writer—especially a new one, involves so much revision. Revision for yourself, for your critique partners, for potential agents, for your agent after you’ve signed, for editors after you’ve sold…And it could be revision of anything. You might be asked to change your ending. Or your setting. I’ve known people asked to change their character names, and many whose books undergo title changes...in fact, we’re discussing alternate titles for HYBRID right now!

In many ways, HYBRID the way it is now is very different from the way it was when I finished the first draft a little more than a year ago. In fact, it’s quite different now than it was when I signed with my agent back in September! To be sure, some parts are exactly the same, word for word. But others are the rewritten version of the rewritten version of the rewritten version. And honestly? I don’t regret a single change. It’s been such a pleasure to see the story grow and strengthen under the influence of both my agent and my critique partners, and I can’t wait to see how it will continue to grow with the help of my editor.

When the book comes out (a tentative Fall 2012 release! An oh, how amazing it is to say “when” instead of “if”), readers are only going to see one version. They won’t see the numerous drafts, the multiple ways the ending might have gone, the scrapped outlines and discarded characters. But all those were necessary to create the story that exists today. If writing HYBRID has taught me anything, it’s how to revise well, and that, I think, is one of the most important skills a writer can have.
Martina Boone at 6:00 AM