Don't judge a book by it's cover-- actually, we give you permission to do exactly that. These tantilizing covers are just the prelude to the stories within. Read on to see what's hitting shelves this week, as well as author interviews and fabulous giveaways! 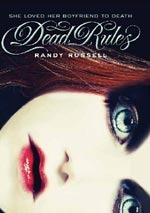 How long did you work on this book?
I would like to say something like 2,416 daydreams later… Somewhere between 3 months and a lifetime. That’s as close as I can get.

DEAD RULES is, in truth, the book that worked on me more than I worked on it. Once I had the concept in place and introduced myself to the main character, the book took off on its own. I was done “typing” it in about 3 months. But the story I was working with began when I was 16 years old and my best friend drove his car into a fatal head-on collision on the highway one night. I’d been dreaming him off and on ever since. He decided he wanted to be in a book and, though I told him time and time again that writing a novel was a buttload of work, he became a real assdiaper about it. I could not kick him free of my thoughts and one day I just said “Okay, here goes. Hang on.”

How was your journey to publication? Long, short, how many rejections?
My journey to publication is a long one. Rejections are many. I believe for all writers, there is a time when rejection is crippling. To say otherwise would be pretending. We're damaged goods. It's like someone you don't know and will never meet turned the lights out. But the writers who get published are the ones who, leaning on a makeshift cane of hastily repaired ego, mumbling curses at the occasional pain and at being alone in the dark, swing one foot in front of the other and keep on keeping on.

That said, DEAD RULES’ journey to publication was relatively short. Unagented, I finished the manuscript on a Thursday night. I sent email queries to 15 agents on Friday and Saturday, knowing I was going to be away from my computer on Sunday. Monday morning, I had five positive responses and two agents asked me to send along the full manuscript. I stayed up till 3 a.m. that night, “proofing” the manuscript, and sent it off Tuesday morning. Wednesday morning, one of the agents called and offered representation, after saying she’d stayed up all night reading it.

When she hung up, I cried. It was clear to me that, after years of writing, DEAD RULES was a book that was meant to be. In a few weeks, we had an offer from HarperCollins.

What advice would you most like to pass along to other writers?
I don’t really have advice for other writers. If you’re writing a novel, you already know that you’re in for the long haul. And, over the long haul of one’s life, the thing that matters most to a fiction writer is, in fact, the thing that matters most to her or him. In short, it’s always best to write about what you care most about.

Heart wins. Find your heart and stay there. If you’re writing something that doesn’t effect you emotionally, it likely won’t have much of an impact on others. That said, it’s a big ol’ goofy world and any big ol goofy idea you come up with will work just about as well as any other… as long as it matters enough to you that you can dance with it every night until the music ends.

What has surprised you most about becoming a published author?
1. Crying. Who knew it meant that much to me?

2. The support and enthusiasm of others for my work. This part is a complete and overwhelming surprise.

A Need So Beautiful

How long did you work on this book?
I’d been thinking about A NEED SO BEAUTIFUL for about a year prior to starting. It had a few different forms, but I began writing it seriously in September and sold it in January.

How was your journey to publication? Long, short, how many rejections?
My journey was bumpy—lots of agent rejections. I’ve always been a writer, but I didn’t start writing novels until 2007. I sold my first book the next year which came out in 2010. After that, things didn’t get easier. Sometimes staying published is the tricky part.

What advice would you most like to pass along to other writers?
Keep writing. It was my 5th book that was published, and A NEED SO BEAUTIFUL is my 9th or 10th. But all those unpublished books were useful in teaching me to write—and I even borrow from those stories sometimes when writing something new. But no matter what happened—disappointments, failures—I kept writing.

What has surprised you most about becoming a published author?
That there is a lot more than just the writing—there are interviews and signings, blog posts and conferences. My dream of living alone in the woods, cut off from society as I draft novel after novel, won’t ever really work.

Breath of Angel: A Novel (The Angelaeon Circle) 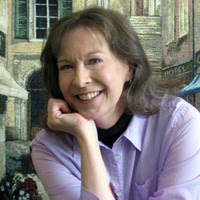 How long did you work on this book?
I never thought I would or could write a novel, but I took up the challenge during my MFA in Writing for Children and Young Adults at Vermont College of Fine Arts. Breath of Angel was the result. I began it in 2002 and worked on it intermittently for eight years. During that time I wrote two more books in the series as well. Books one and two sold in 2010.

How was your journey to publication? Long, short, how many rejections?
The journey was longer than I thought it would be. I can't say how many rejections I got, because I don't count them, but there were plenty, some from agents, some from publishers. One of the hardest tasks for me was to write a query letter that would intrigue an agent or publisher and entice them to request the manuscript. So in between rejections, I not only revised the novel, but also reworked the query letter. When I finally got agents responding positively to the query letter, I felt I was close. But finding the right agent often felt like trying to find a grain of salt in a pail of sand.

What advice would you most like to pass along to other writers?
Be willing to listen with an open mind to critique and advice from writers and readers you trust. And be willing to do the hard work to make your novel what it needs to be. When I thought I had written my final draft, one that was ready to send to agents and editors, I got some discouraging feedback from two trusted readers. Independently of each other, they both said the same thing: about a third of the way into the novel, the story took off and they couldn't put it down after that. Which meant my story started a third of the way through the manuscript, and the first third would have to be completely rewritten. I did not want to go back and rework the manuscript. But I knew my critiquers were right. I rolled up my sleeves and went through another round of rewrites – and it made all the difference in the world. The manuscript that resulted was the one that started getting attention from agents and finally sold.

What has surprised you most about becoming a published author?
One of the surprises has been how fast the editor wanted to start working on book two, Eye of the Sword (scheduled for release March 2012). Six months before the release of Breath of Angel (while promotion was gearing up for Breath), the editor and I were already working on revisions for Eye of the Sword. I'm beginning to understand the overlapping cycle of work that will be required if the Angelaeon Circle becomes a series. There will not be much down time.

How long did you work on this book?
It took me close to two years to write Vicious Little Darlings and then another year to revise it.
How was your journey to publication? Long, short, how many rejections?
I queried twenty-six agents over the course of ten months. The rejections kept coming and I got more and more discouraged. I had heard that it was a bad idea to query everyone since you only got one chance with each agent. While I was waiting to hear back from the last two agents (after twenty-four rejections) I made the decision to stop sending out the manuscript, to put it away for a while, and come back to it with fresh eyes. Another revision might save it, I thought, but really, at that point, I was ready to give up on the book and start writing something new. But then my dynamite agent, Rachel Orr, contacted me and offered me representation -- undoubtedly one of the most exciting moments of my life.
What advice would you most like to pass along to other writers?
Don't be afraid to take a risk. Allow yourself to be vulnerable in your writing. If you're embarrassed by what you've written, you're probably on the right track.
What has surprised you most about becoming a published author?
The support I've received from the YA blogging community has been the biggest surprise. It has been so much fun interacting with other readers and writers. These are people who are truly passionate about YA fiction. I feel lucky to have been invited into the community.
Additional Releases

You won't want to miss the chance to win A NEED SO BEAUTIFUL, DEAD RULES, VICIOUS LITTLE DARLINGS, HAUNTING VIOLET, BREATH OF ANGEL, and UNCOMMON CRIMINALS plus the first book (now in paperback) HEIST SOCIETY! U.S. residents, please leave a comment on this post and fill out the form below for a chance to win. We'll announce our winners on Thursday!