This week has a handful of releases, but make no mistake- there are some awesome books in store. If you're a fan of Catherine Fisher's INCARCERON, you'll be delighted to know that the first book in her new series debuts this week. The latest installments in Lisi Harrison's ALPHAS series and Ellen Schreiber's VAMPIRE KISSES series release, as well. Not to mention, there are some other great reads in the mix. Read on to see if something tickles your reading fancy and be sure to scroll all the way down to enter to win some of these books!

How long did you work on this book?
From start to finish? Probably a couple of years of actual thinking and writing time, but one of the publishers that was looking at Mercy kind of thought it over for a year, so it’s seemed way, way longer than that …
How was your journey to publication? Long, short, how many rejections?
It’s one of those weird things, but you can’t seem to get published unless you’ve been published before, or have a really pushy agent. 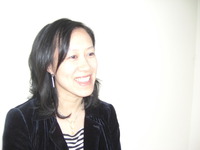 For a long time, I tried to combine writing fiction with a commerciallaw practice and found my creative brain and legal brain just pulling in different directions. So I finally took time off work to try and make a serious go of writing, and was lucky enough to have a four book series of humorous detective stories for middle readers picked up by an Australian publisher. And that was the start of it.


Rejections, I’ve had a few, to paraphrase a certain legendary singer. But you have to pick yourself up off the floor and just keep going.
What advice would you most like to pass along to other writers?
Be yourself. Write as differently as you can. And read as widely as you can, without fear or favour. Don’t just read the fancy, prizewinning things or refuse ever to stray out of your comfort zone. You do your best reading, and best writing, if you’re open minded. I read somewhere that a writer is really only a reader with a pen in their hand, itching to respond, and I think that’s so true.
Be prepared for criticism. Be prepared to yield a little and never, ever sweat the small stuff. Your editor and publisher are not the enemy. They really are there to help you.
What has surprised you most about becoming a published author?
One of the great miracles of our age is that writers can interact directly with their readership. It’s like some of those contestants on American Idol who refuse to believe that they are absolutely tone deaf – a writer needs to get an outside perspective on their writing or they will never improve. But some readers tend to forget that writers are also just people, first and foremost. While all writers should and must expect criticism – because the act of reading is such a personal thing – the worst thing a reader can do is savage a book because it doesn’t accord exactly with their world view / politics / religious beliefs / prejudices.

by Holly Goldberg Sloan
Top of the Feud Chain (Alphas)

If you'd like to get your hands on a copy of MERCY, I'LL BE THERE, or TOP OF THE FEUD CHAIN, simply leave a comment on this post and fill out the form below. The contest is open to US residents and we'll announce our winners on Thursday!