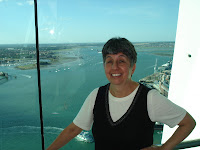 We are pleased to introduce author Miriam Halahmy, who has written novels, poetry and short stories for children, teens and adults. Her work has been read on the radio and performed on stage. HIDDEN is her debut Young Adult novel. It is in the first in a cycle of three novels set on an island off the south coast of England. A minor character in the previous novel becomes the major character in the next. Otherwise they are stand alone stories. The second and third titles, ILLEGAL and STUFFED, will be published in 2012.

Miriam was a teacher for 25 years and now mentors writers. She has worked with refugees and asylum seekers for many years, helping them to write their stories. Some of the inspiration for HIDDEN comes from her husband and his large Iraqi family. Miriam believes that all young people have a future and that reading helps to provide the route map forward. You can visit her online at http://www.miriamhalahmy.com/ or http://miriamhalahmy.blogspot.com/.

How do you weave edgy contemporary issues into teen fiction?

My novel HIDDEN deals with the complex issues of immigration and human-rights laws, through the eyes of teenage Alix. A coming-of-age novel it focuses on courage, prejudice, judgement and the difficulty of sorting right from wrong.
Fourteen year old Alix lives at the bottom of Hayling Island, near the beach. It is a quiet backwater, far removed from the international politics of war, terrorism and refugees. Alix has never given a thought to asylum seekers, she has enough problems of her own; Dad has a new life that doesn’t include her, Grandpa is dead and Mum is helpless and needy.
Then one day on the beach Alix pulls a drowning man out of the incoming tide; a refugee escaping certain death in Iraq. Alone, helpless and desperate not to be deported, Mohammed’s destiny lies in Alix’s hands. However, hiding an injured refugee is fraught with difficulties. Faced with the biggest moral dilemma of her life, what will Alix do and who can she trust? 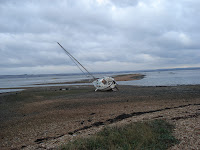 My novel has emerged from a lot of different parts of my life. My grandparents were immigrants to the UK in the early part of the twentieth century, fleeing pogroms in Czarist Russia. I grew up hearing different accents and eating different foods. I have always fitted into other cultures, experiences, languages and religions. As a teacher in inner city schools in the ‘80s and 90’s I worked with many children who were refugees and asylum seekers, such as Vietnamese boat people. I am now involved as a writing mentor for asylum seekers keen to write their stories down and for their voices to be heard.
I have been married into an Iraqi family for thirty years. My husband and his seven brothers and sisters were all born in Baghdad. Joining the family opened up a world of Arabic, belly dancing and the classic Middle Eastern singers. I heard about sleeping on the roof in the fierce Baghdad summers and shopping in the Shorjah market.
Therefore when I saw a call from the writer, Tony Bradman, for stories about child asylum seekers for an anthology, I found that a complete story came into my head, Samir Hakkim’s Healthy Eating Diary. Samir is nine years old in 2002 and has been sent out of Iraq after all his family are arrested under Saddam Hussein’s terrible regime. Samir arrives at Heathrow airport all alone and is taken into care. He ends up in a foster home on the south coast of England, the only foreign boy in his school. But one day his teacher gives the class notebooks and tells them to record everything they eat that week. That won’t take long, thinks Samir and he decides to write his own diary at the back of the book, in his secret language, Arabic. The story is told entirely in diary form and therefore allows me to record the positive aspects of Samir’s week such as being invited home to a friend’s house, as a balance for the terrible story he is writing about his family’s disaster. 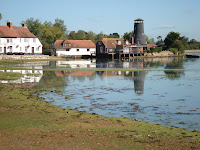 The anthology, Give me Shelter, was shortlisted for the UKLA Award, 2008. I felt that there was much more to Samir’s story and the stories of people seeking asylum in England. My family lived for twenty-five years on an Island off the south coast of England, opposite the Isle of Wight. I had always thought it would be a good place to set a novel. One day I was walking on the beach and thought, What if a couple of teenagers see a man thrown into the sea and rescue him? What if the man is a desperate, tortured asylum seeker? What would they do? That was it; my story was born and one of the teenagers is Samir.
I believe that the most important part of a novel is the characters. If the reader is engaged by the characters then they will want to read on and find out how they resolve their problems no matter what issues form the backdrop. I always find that if my characters are convincing they will start speaking and they will tell you where the story is going. They will also introduce new characters. It is almost a magical process. Their words run through my head as I’m out shopping, going for walks, cleaning the house, even in the cinema. Once they have come alive they actually won’t stop and it is their voices, telling the story, reacting to the dilemmas that arise, which allow me to cover the most difficult and demanding issues for any age group.

I know that young people today have a great interest in everything that is happening. Many of them believe they should be able to vote at sixteen and shape the world we live in. Tackling challenging material in fiction for young adults allows them to engage with some of the major issues of our times and encourage them to form their own opinions.
But whatever we do as writers, we must make our stories interesting, active and, where appropriate, funny.
In HIDDEN Alix has a very ironic view of life. As the novel opens she has been let down by her friend and left alone on the High Street, thinking about how her Mum expects her to do everything.
Even clean the loo.
“I’m not fifteen until May,” I yelled at her earlier.
“Save it. You’ll find the bathroom cleaner under the sink.”
“Might as well sell me into child slavery,” I muttered, because since we’ve not been getting along, well not getting along even worse than usual, because she broke her leg, (which for the record was not my fault) it’s just not worth winding her up. I try to think thoughts these days instead of actually saying them out loud, because you know how it is, everything you say out loud gets taken down and used as evidence or recorded on camera phone and loaded onto YouTube so everyone can view it. Well, that’s how it feels anyway.

So let’s write the books we want to for young people and not be afraid to challenge their view of the world but let’s keep the narrative alive and engaging. No-one likes being lectured to when they are settling down for a good read.