It's day two in our mega-giveaway of all things new in the land of YA. Click here if you missed day one. Read on for author interviews, fab books, and scroll all the way down to enter to win some wonderful prizes!

Tortall and Other Lands: A Collection of Tales by Tamora Pierce 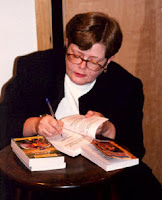 How long did you work on this book?
It’s a collection of stories stemming from the 1980s, including three brand new ones written over six months in 2010 (those are the longest ones). “Plain Magic,” 1985, is my first published fantasy short story, from the U.K. anthology PLANETFALL, edited by Douglas Hill for Oxford University Press.

How was your journey to publication? Long, short, how many rejections?
My journey is quite unusual. All of the stories but “Mimic,” “Nawat,” and “Lost” were written on request for various magazines and anthologies, so there were no rejections or length submissions processes. The collection itself was the brainchild of my Random House editors, Mallory Loehr and R. Schuyler Hooke, so once I stopped screaming at the thought of writing three short stories in a row, we closed the deal.

This is not to say I haven’t had long journeys or rejections. Before “Plain Magic,” I was unable to sell any short stories in fiction—my short sales until and after that time were all non-fiction. Most of the rejected short pieces were on submission for months to various publications until I finally shelved them. My longest novel publishing journey is that of the The Song of the Lioness quartet. I began it as a single adult novel in November 1976; the first book in the revised quartet for teens was published in 1983, and the last book of the quartet was published in 1988. I’d say that’s a long journey!

What advice would you most like to pass along to other writers?
Keep at it. All of us are bad when we start. The only way we get better is by continuing to write. And entertain yourself. That way you'll want to keep writing in order to learn how the story comes out!

What has surprised you most about becoming a published writer?
Realizing that people really want to read my work and that it has far more influence on my readers than just a fun story to read. They take so many ideas and new directions from my work. It’s always a surprise and delight to me, to share with others who want to share with me!

Upgrade U by Ni-Ni Simone

How long did you work on this book?
I worked on Upgrade U for two months. I work full-time, have a husband and three children so I write my novels most times between 5 and 7 a.m. and when I come home in the evenings; after, dinner, homework, and conversation with my husband of course. And no, I have no secret desire to be Wonder Woman. LOL. I prayed for the chance, God gave me the gift and sacrifice comes with it.

How was your journey to publication? Long, short, how many rejections?
My journey to be published was not a hard one. I sent my first manuscript out seven years ago and was accepted the first time; this was not under Ni-Ni Simone though. Along with writing YA fiction I also write adult fiction under my name, Tu-Shonda Whitaker.

What advice would you most like to pass along to other writers?
To always remember that writing is creative but being published is a business.

What surprised you most about becoming a published author?
The embracing of my work and that I was truly, truly living my dream. 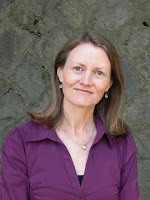 How long did you work on this book?
The actual writing of Orchards, once I allowed myself to drop all my other writing projects to focus on this one, took about a year. But the research for the setting in a Japanese mikan growing village took several years, including the 18 months that I spent working with a mikan farmer to learn everything from planting, pruning, thinning and harvesting to storage and shipping. That mikan research was actually for my second adult novel (still in progress), but a visit by the farmer’s American-born niece mid-way through my village work got me thinking about a YA story of a bicultural U.S. teen sent to stay with Japanese relatives. And actually going back farther, the key, very painful, seed for the book, the suicide of a friend’s daughter, occurred fifteen years ago. So although the writing period was relatively short (for me, anyways), Orchards had been gestating in my head for many years.

How was your journey to publication? Long, short, how many rejections?
Orchards is my third book—first was my adult novel Ash in 2001, second my picture book The Wakame Gatherers in 2007—and now Orchards, my first YA title. To push myself with Orchards, I participated in the Nevada SCBWI Mentor Program. Nevada is a long way from Japan where I live, but the program was exactly what I wanted for this project—a mentor to work with over a six-month period, which was not the sort of opportunity I could find in Japan. My amazing mentor Esther Hershenhorn provided me with just the feedback that I needed to hone my story into a polished draft, which I sent to agent Jamie Weiss Chilton, who presented at the April conference that kicked off the program. Incredibly, before the mentor program had ended, I had signed with Jamie and the Andrea Brown Literary Agency. Just two months (and many post-its, several plot charts and multiple revisions) later, Jamie was sending the manuscript out. Not long after that I’d received an offer for a two-book deal from my editor Francoise Bui at Delacorte/Random House.

What advice would you most like to pass along to other writers?
When you write, do it for the sheer joy and pain and wonder of discovering and sharing stories. Go places near and far. Encounter the world. Learn and soak up as much of the world as you can. Distance yourself from what’s familiar so that you can gain new perspectives. Write for children everywhere. Share books and stories with children everywhere.

What has surprised you most about becoming a published author?
What is always surprising to me is when my words touch people—when people write to tell me they were moved by a particular scene, or when I’m giving a reading and audience members laugh at the same moment, or when a child says, “That’s just what happens to me when I’m speaking two languages.” As an English-language writer living in Japan, I spend so much time creating stories in solitude that it is always a thrill to know that readers in many different locations connect with my characters. Even more thrilling is seeing kids and teens inspired to create their own original stories that one of my stories helped seed.

Darkness Becomes Her by Kelly Keaton 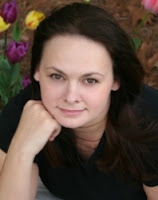 How long did you work on this book?
About four months total in the actual writing and then revising, and then probably add couple weeks after getting notes from my agent and CPs. The story also stewed in my head for a bit before I sat down to write -- couldn't say how long that would equate to, though!

How was your journey to publication? Long, short, how many rejections?
Very long. I wrote my first manuscript back in 2003 (and before that it was plays and screenplays). I went through six manuscripts and years of rejections (they number in the hundreds). It was tough. A very long road with a lot of ups and downs.

What advice would you most like to pass along to other writers?
To keep writing new material. I see a lot of authors write one manuscript and then knock on doors for years and years. When you finish one and begin submitting, start another because you never know what will end up selling. It might be your fifth manuscript or your tenth. It doesn't mean you have to give up on your first book, it just means you're giving yourself more opportunities and chances of selling and getting better with each new book.

What has surprised you most about becoming a published author?
The stress. It's quite different than writing a book on your own timetable. It's quite another to write one on someone else's, when they've already paid for it, and have certain expectations and you have to write within boundaries... So it's a bit more pressure. And it's definitely a lesson in self-discipline and time management! There are good surprises, too, though. Seeing your book on the shelf, building great friendships, getting paid to do something you love. :-) 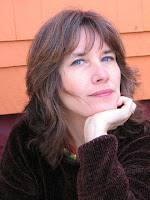 How long did you work on this book?
I got the idea for Deadly in 2003. My first draft was from a boy’s perspective, and the Typhoid Mary story was intertwined with another disaster at the time, the Triangle Shirtwaist Factory fire. After a few drafts, I changed the boy to a girl, Prudence, cut the Triangle story, and turned it into a diary. This took about five years of back and forth with my then-editor (with several long breaks) to figure out.

How was your journey to publication? Long, short, how many rejections?My journey to novel publication was quite long, with lots of rejection letters, most of which my husband has finally convinced me to throw away. I wrote my first novel in 1993, which wasn’t published. I published a number of short stories and articles through the years, but didn’t sell a novel (the third I had written), until 2002. Redemption came out in 2004, nearly ten years after I’d committed myself to writing. I attended many conferences to meet folks in publishing, and it was through a conference that I met the editor who introduced me to my agent in Sept. 2001.

What advice would you most like to pass along to other writers?
Each writer’s life is so individual, it’s hard to tell others what advice is best for them. I think it’s a good idea to get a sense of your own talent, but also to know that if you keep learning your craft, you can become a better writer. There are many wonderful books on writing that I re-read often, my favorite being Janet Burroway’s “Writing Fiction.”

What has surprised you most about becoming a published author?
I think it’s the fact that once I write something and it’s out of my hands, it really belongs to the world, which judges and names it. That outside opinion of your darlings, works that you’ve held in your secret heart for so long without the public eye, can be quite shocking. Like being inside a dark box for a few years, scratching into the walls, then opening out into the sunlight.

Here comes part two in our mega-giveaway! We're happy to announce more awesome prizes in addition to those revealed yesterday. Kelly Keaton has offered fun swag for her book DARKNESS BECOMES HER. Julie Chibbaro is kindly offering a copy of DEADLY and Ni-Ni Simone is passing along a copy of UPGRADE U. Did we mention you can enter both days to double your chances of winning? The contest is open to U.S. residents and will run through Wednesday night. We'll see you back here Thursday morning when we announce the lucky winners!