It's a SUPER-SIZED week in the land of YA lit! We'll be splitting our post into two portions to give ample room to all the books coming out this week. Read on for books, author interviews, and scroll all the way down to find out the details about our HUGE giveaway! Don't forget to drop by tomorrow to enter a second time and see even more great books! 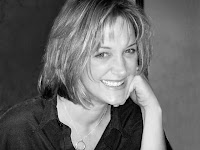 How long did you work on this book?
I spent about four years working on Exposed before sending it off to my literary agent. During those years, I was learning what it took to craft a novel. A good portion of the time was spent swirling thoughts around in my head, until they turned to useable images that could then be put to paper. And, once I sold Exposed, my fabulous editor guided me through revisions which helped deepen the story.

How was your journey to publication? Long, short, how many rejections?
When my first child was born, I left my job as a child therapist to be a stay-at-home mom. I’ve always been book-obsessed, and read many picture books to my son and daughter. I’d always loved to write, and decided I wanted to try my hand at writing my own picture books. I enrolled in a graduate certificate program in picture book writing and wrote and wrote, revised and revised, and wrote some more. Throughout that process, I received many rejections letters (I have a thick file folder full of them), but I didn’t give up. After about four years, on my son’s birthday, an editor called and gave ME a present.... she wanted to publish my first picture book! That book, Scritch-Scratch a Perfect Match, is illustrated by Mike Lester and comes out from G.P. Putnam’s Son’s in April. The sale of Exposed came after that, and I love the balance of writing both fun, rhyming books for young readers and teens novels that tackle tough topics.

What advice would you most like to pass along to other writers?
I’ve heard it suggested that one should “write what you know,” and I agree that can be a good place to start, as a way to add validity to your story. But I’d like to share a piece of advice I once heard from Jerry Spinelli, an author I admire. His fabulous novel, Milkweed, takes place during the Holocaust. Initially, he felt he shouldn’t write about this part of history since he had no familial connection to that terrible event. But, lucky for readers, he overcame this doubt by deciding that the most important thing for him is not to “write what you know.” Instead, he believes the most important thing is to “write what you care about.” I think that’s very good advice, indeed.

What has surprised you most about becoming a published author?
I think the thing that has surprised me most has been hearing from teens who have read the book and connected to it in some way. This is what every writer hopes for but, each time it happens, it feels like I’m being handed a present.

The Iron Thorn by Caitlin Kittredge 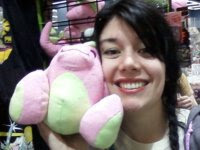 How long did you work on this book?
It seemed like forever. Seriously, over a year. I wrote the first draft very quickly, but there was a lengthy, multi-part revision process. Definitely the longest writing a book has ever taken me, considering I can usually go from draft to polished in four months or less.

How was your journey to publication? Long, short, how many rejections?
I'd say I got about 10 rejections from agents before I signed with mine, and about 5 or 6 from publishers when we sold my first adult series. It really seemed like no time at all to me, as a newbie, since I was expecting to wait months, if not years, to find an agent. We sold the Iron Codex books based on a 50-page proposal, and garnered very few rejections--publishers really seemed to like the book!

What advice would you most like to pass along to other writers?
Stop worrying and just write. I know that sound simplistic but it's surprisingly hard to turn off your inner censor, to not worry about the market or about being rejected, and just tell the story you want to tell. But authenticity is the soul of all good stories, so without it, your prose will be soulless and you won't be having any fun writing.

What has surprised you most about becoming a published author?
The boundless enthusiasm of readers, especially teen readers. People who genuinely love books are the best people to have in your corner, and I hope to encourage a whole new generation to read fiction, nonfiction, classics, pulp, comics and anything else they can get their hands on. 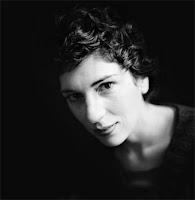 How long did you work on this book?
The book took about three months of planning, then about six months to write. I don’t usually do this much research, but, once you read it, you’ll see why it was needed. I also spent a lot of time back in St Agnes in Cornwall, where the book is set (though I’ve changed it to Churchtown), and near where my family grew up, just watching people, and places.

How was your journey to publication? Long, short, how many rejections?
I mentioned the idea over the phone to one of my editors here in the UK; they bought it on the strength of those few sentences. I have been enormously lucky in my writing career. I did get rejections for my first book, from agents and publishers, but all it takes is one of each to say yes, and I got both within a month.

What advice would you most like to pass along to other writers?
Write every day. Even if it’s just a diary, and even if you don’t think the words are working that well. Just the physical act of writing is a discipline in itself. And the more you do it, the easier it gets, and the better it gets.

What has surprised you most about becoming a published author?
I never set out to be a writer. As a young child I wanted to be a jockey and win the Grand National; then I wanted to be Baby in Dirty Dancing; then Donna in the West Wing. Realising I was no good at any of those things, and actually kind of good at making up stories about those kinds of people, has been a huge and wonderful surprise.

A Touch Mortal by Leah Clifford

How long did you work on this book?
I just checked WAY back into old journal entries and from the looks of it, I started the book in February of 2008 and finished it on October 10th of the same year. After a couple months of edits, I started querying!

How was your journey to publication? Long, short, how many rejections?
It all happened VERY quickly. As far as rejections, I'm gonna be brave and give you actual numbers! For A Touch Mortal I sent out 24 total queries, and had 7 requests and 12 rejections. I also had 5 non-responders. A month after I sent my first query I received the first of four offers of representation and chose to sign with Rosemary Stimola. What I usually don't mention is that there was a trunked novel I wrote before ATM that received a LOT of rejections. The key is to keep going. Keep writing and revising!

What advice would you most like to pass along to other writers?
Try harder. Always. Twist things, twist perspectives. Push yourself and your characters until you think they'll break and then go a step further.

What has surprised you most about becoming a published author?
The tight-knit community. I started out with one writing friend who introduced me to forums and twitter and everything. I had no idea there were writing groups or critique groups or book bloggers! The way everyone supports each other is just amazing and I'm so so grateful for the friends I've made in the process of being published!

It's times like these that we'd love to enter our own giveaway. We have 3 copies of EXPOSED, as well as THE IRON THORN, WONDERLAND, A TOUCH MORTAL, and DARKEST MERCY to pass on to our lucky readers! It gets better. Tomorrow, we'll announce 3 more giveaways! Wait for it...You can enter both days to increase your odds. Please leave a comment on this post and fill out the form below for a chance to win. We're open to US residents only please. Winners will be announced on Thursday morning. Don't miss Kimberly Marcus' blog tour date below, too. Go!