We wish you good luck. Why? You're going to need it to try and choose from the books releasing this week. Read on for author interviews, awesome books, and scroll all the way down for 4 hot giveaways! Hint: Canadians can get in on this week's action, too!

How long did you work on this book?
It took me about 1 year to write the first draft of WARPED. That was with some periods of setting it aside and working on other things. Then, after it was sold there were several rounds of revisions with my editor that took place over another year or so.

How was your journey to publication? Long, short, how many rejections?
I've been writing for about ten years and this is my first published novel. I'm told that's about average! I began by writing short stories for magazine markets for children and adults. I've had plenty of rejections along the way, including an agented manuscript that was dear to my heart but never found the right home.

What advice would you most like to pass along to other writers?
I would say keep writing the stories that sing to your heart and keep perfecting your own, unique way of telling a story. Remember that no one else can tell your story, so it truly is a gift to be shared with others. Try to put on blinders when it comes to noticing the productivity or great reviews or newest mega-deal of your fellow writers- paying any attention to that stuff will only drain you creatively. Have fun with your writing. If you are having fun- it will really show.

What has surprised you most about becoming a published author?
That "getting published" is only the very first step of the journey. How the more I write, the more I feel I need to learn. And how grateful I feel when people are eager to read my story or tell me they liked it :)

How long did you work on this book?
It took a month to write. Much longer to revise. In total, I'd say I worked on it for about three or four months. But it was hard to finally just say, "done." I kept changing something every time I read it.

How was your journey to publication? Long, short, how many rejections?
I was very lucky in that it did not take long. I got about 13 rejections, then revised the first chapter, and sent it off again. It was accepted right away after that.

What advice would you most like to pass along to other writers?
I didn't try to get an agent until my second book. If I was to give any advice, I would suggest writers take the time to acquire a good agent. (I love my agent, Caryn Wiseman)

What has surprised you most about becoming a published author?
That my family still thinks I should cook and do chores even though I'm impossibly famous now. Oh, wait. What? Okay, nothing has changed except that my parents think I'm even more cool. Being a published author and being a writer is the same thing in my mind, it's just a matter of time getting that first sale or agent.

Across the Universe by Beth Revis 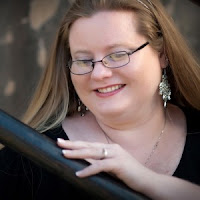 How long did you work on this book?
I worked on the book while I was also a teacher (I've since quit to write full time), and so I measure time in terms of the school calendar. I started writing the book at the beginning of the spring semester (actually, during Christmas break) and wrote it in large chunks whenever I wasn't doing school stuff--during Spring Break, on holidays, on the weekends. I spent the summer revising with the help of some awesome crit partners, and started subbing to agents at the beginning of the fall semester.

What advice would you most like to pass along to other writers?
Write the next book. ACROSS THE UNIVERSE would never have been written, let alone published, if I had only written one book and reworked it a million times.

What has surprised you most about becoming a published author?
How awesome everyone in the kidlit community is. You hear about professions that are cutthroat and competitive, but that's not the case in the kidlit world. The internet seems to have made everyone closer rather than more competitive. It's awesome.

Other Words for Love by Lorraine Zago Rosenthal 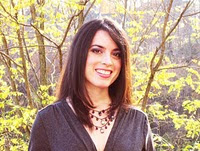 How long did you work on this book?
I wrote the first draft of OTHER WORDS FOR LOVE in about seven months. My fabulous agent, Elizabeth Evans, and I then spent several weeks polishing the manuscript in preparation to submit it to editors. After the novel was sold to Random House/Delacorte, I worked with my editor on a few revisions, and then I went through the process of reading the manuscript numerous times and making slight revisions. So to answer your question—it took seven months to write the original draft, and several more months to create the final version.

How was your journey to publication? Long, short, how many rejections?
The longest part of the journey was the time between when the novel was sold to my publisher and my publication date—which has been almost two years. I was fortunate to have been offered representation by my agent within two months after I began the query process. We did receive some rejections when the manuscript was out on submission, but we were offered a deal relatively quickly—it only took about two months.

What advice would you most like to pass along to other writers?
Aspiring authors should always keep in mind that writing is extremely subjective. People connect with and judge fiction based on their personal experiences, values, and taste. Just because an agent, an editor, or anyone else tells you that he/she doesn’t like your work doesn’t mean it isn’t good—it just means that the reader didn’t make a connection. When that happens, don’t allow it to discourage you or make you doubt your abilities. Listen to people’s criticism, take from it what you think is valid, and discard the rest. Don’t allow criticism to stop you from writing or make you give up trying to become a published author. Some people might not care for your work—but there might be many others who will love it. Just keep looking for those people, and always keep writing.

What has surprised you most about becoming a published author?
What has surprised me most is the overwhelming support I have received from the book blogging community. I was introduced to these amazing people—readers and bloggers—through Twitter. Before that, I had no idea that this community existed. Everyone has been so welcoming, friendly, and supportive of my novel. I’m truly grateful to have met these wonderful people. 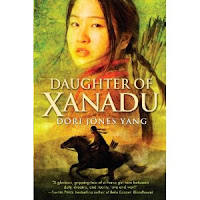 How long did you work on this book?
Ooh, that’s a hard one to answer. In June 2001, I took a ‘leave of absence’ from my job to write this novel, and it took me eight years, writing nearly full time, to get it accepted by a publisher. The prize was Random House, so the story has a happy ending!

How was your journey to publication? Long, short, how many rejections?
It was a looong journey to publication. I wrote the first draft quickly, in third person, from Marco Polo’s point of view. After scathing critiques, I rewrote it in the voice of Emmajin, a fictional granddaughter of Khubilai Khan. Trained as a just-the-facts journalist, I needed to learn how to describe emotions and character motivation and personal growth. So I joined a critique class, which met every Monday morning. The book swelled to 900 pages, and I cut it to 600 pages. After 22 rejections, at the suggestion of my agent, I rewrote it as a young adult novel, at about 300 pages. Finally, that felt right, and Random House made an offer just five days after my agent sent it out.

What advice would you most like to pass along to other writers?
My advice may sound familiar, but I’m telling you, it’s heartfelt and hard-won: Don’t give up easily. When you get knocked down, don’t stay down. Every critique is a gift; learn from it. Failure hurts, but you can get over it if you find lessons in it. If you believe in your book, keep trying to find an audience for it. To succeed, talent is not enough; you also need persistence. Sometimes in heaps!

What has surprised you most about becoming a published author?
My biggest surprise was the delightful, committed readers who write hundreds of book reviews online. With trepidation, I sent out two of my three precious ‘advance reader’s copies’ (ARCs) on ARC tours, which means they got mailed from one blog reviewer to another. These reviewers were all strangers to me, and I had no idea what they would say about my book. Before publication, Daughter of Xanadu now has 13 thoughtful reviews from these readers. Check them out on my website, www.dorijonesyang.com! Most are also posted on goodreads.com, where my novel is rated #1 on the “New YA historical fiction in 2011” list. After all I’ve been through, that feels awesome. 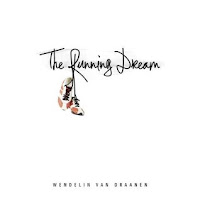 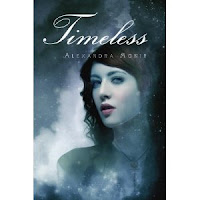 Four of these lovely authors have offered up copies of their books for YOU to win! Maurissa Guibord's WARPED, Terry Lynn Johnson's DOGSLED DREAMS, Lorraine Zago Rosenthal's OTHER WORDS FOR LOVE, and Dori Jones Yang's DAUGHTER OF XANADU are up for grabs. Please fill out the form below and leave a comment on this post to enter to win! DOGSLED DREAMS will be open to US and Canadian residents, and the remaining books will be open to US residents only. We'll announce winners Thursday morning!