This week is short but very sweet. Thank you, YALit.com for keeping us updated on new young adult books each week! Read on for some amazing interviews and scroll all the way down for a chance to win awesome prizes! 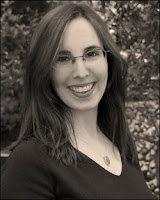 How long did you work on this book?
That’s actually a trick question. **grin** I had the idea for about 10 years, but I didn’t actually write it until I pitched the book to my agent. She basically told me to get cracking and write the book. And then it all came pouring out in four weeks. (Granted, it’s a short book.)

How was your journey to publication? Long, short, how many rejections?
HUNGER is my sixth published novel, but the first with the byline “Jackie Morse Kessler.” Back in February 2004 was when I started querying for a literary agent for my contemporary fantasy novel (my Great American Novel, or the GAN, for short. I’d been working on this book since **counts** 1988. Yes, seriously). By January 2005, the GAN scored triple-digit rejection letters. My husband convinced me to write something else. So I wrote a chick lit novel (my timing got better, because that one took me only five months instead of a bajillion years) and queried for that. I got about 40 rejections, but most of them were extremely positive. And then I wrote a third book, an adult paranormal romance. That book got me five offers of representation. And then one week after I signed with my agent, I got a pre-emptive offer for three books. Hooray!

What advice would you most like to pass along to other writers?
You can’t fix what you don’t write.

What has surprised you most about becoming a published author?
No matter how cool it is that I have books in the bookstores and people who tell me how much they enjoy my books, I still have to change the kitty litter. **grin**

The Curse of the Wendigo (The Monstrumologist) by Rick Yancey

How long did you work on this book?
About eight or nine months, longer if you count the rewriting and editing. I had written about two hundred, mostly unusable pages before I realized I had taken the story in a totally wrong direction. This is the danger of my refusal to outline. Once I figured out the right way to go, it flowed pretty quickly.

How was your journey to publication? Long, short, how many rejections?
It took about a a year to write my first novel, another year to find an agent and publisher, and another year after that before I saw it in print. Is that long or short? Probably a little shorter than average. Lots and lots of rejections. More than I care to remember. One agent called and said he loved it, then refused to rep it! I cried that day. But it all turned out okay in the end.

What advice would you most like to pass along to other writers?
No matter how hard you think it is, it will be harder. No matter what you expect, it will be different. Talent goes a long way, but luck and hard work go farther. If you only write one sentence a day, you are writing. You are NOT your characters, no matter how much you want to be. If you want to be a writer, you probably aren't. If you want to write, you probably are.

What has surprised you most about becoming a published author?
How writing the manuscript is only half the battle. The rest is marketing.

Thank you, Rick Yancey for kindly offering up a copy of THE CURSE OF WENDIGO (THE MONSTRUMOLOGIST) for a giveaway! And a big thanks to Jackie Morse Kessler for offering up a small signed poster of the cover of HUNGER for a prize! To enter, you must leave a comment on this post and fill out the form below. The contest is open to US residents only and will run through midnight EST on October 22, 2010!