Conference Round-Up: Carolyn Crimi on the Ingredients of a Picture Book 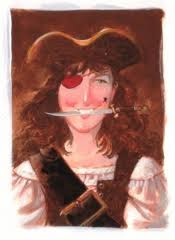 Carolyn Crimi is the author of many successful picture books. She has a gift for honing in on what appeals to young children (one look at her portrait demonstrates this clearly).  From WHERE'S MY MUMMY? to HENRY & THE BUCCANEER BUNNIES, her titles make it plain to see why children love her stories.

I was fortunate enough to attend a presentation by Carolyn. Her sense of humor was witty and engaging. But more than that, her tips for creating a picture book that works were awesome.

First, some encouragement. Carolyn revealed that she has many manuscripts on her computer that have never seen the light of day. She explained that it takes about ten drafts before her stories are publishable. Those that don't make their way to bookshelves are seen as practice. 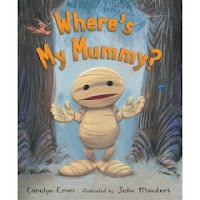 Now for those tasty ingredients... 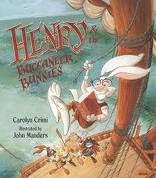 Self-editing
Some final tips
Carolyn promised to give attendees all the ingredients they needed to make their picture books delicious. Without a doubt, she delivered the goods. Thanks, Carolyn!