How I (Finally) Got a Book Plucked From the Slush Pile

January: I write this cheesy romance novel and think it’s the best thing since The Notebook. I query three agents, but it’s so awful, I shelve it, and we shall never speak of it again.

March: Inspired by cute things my 3-year old says, I write about 12 bad picture books. I clog up slush piles everywhere, spending astronomical amounts on postage, paper, and ink cartridges. I don’t have a clue.

Summer: I write this hilarious middle grade novel about three boys who start a dog poop pick up service (Yes, really). I run spell check twice and query almost every U.S. publisher with it.

Fall: Requests for fulls roll in, to my surprise. I spend even more on postage, paper, and ink cartridges. I stalk the mail truck. I save each rejection letter in a file folder. I keep elaborate spreadsheets on whom I’ve sent what and when they’ve responded. I dutifully post my response times on Verla Kay. I subscribe to Publishers Marketplace. I am on the computer 12 hours a day, combing the internet for information on editors or agents.

December: I’ve racked up over 100 rejections.

February: I write a boy-centric chapter book while recuperating from spinal fusion.

May: I start querying agents with the chapter book. I get serious interest from three great agents.

July: I pick the agent who offers first, burning bridges along the way. Off on submission we go.

August: I write a historical called The Marble Queen. I attend my first big writer’s conference in LA!

September: Agent #1 forwards 10 rejections in three weeks. I revise, but we don’t go back out. I send her the historical.

October: Sadly, Agent #1 and I part ways. I start querying new agents with the historical. I get lots of rejections telling me that the book is “too quiet.” I go after editors and get requests. An editor from FSG wants a revision! And Agent #2 wants to work together, but not on The Marble Queen, but on one of my WIP’s, Skinny Minnie.

November: I work on Skinny Minnie for Agent #2, and I also start revising The Marble Queen for FSG.

January: I’ve had 7 rejections on The Marble Queen. Nothing is happening. I’m still revising.

March: The editor at FSG asks for another revision on the historical.

May: I go into a deep depression about the endless revising. I hate writing.

June: An editor from HC contacts me about snippets of Skinny Minnie on my blog. Agent #2 says its not ready, yet. I pout and start yet another round of revision.

July: I attend the LA conference, again and have an even better time than the year before. I send FSG the historical.

October: After almost a year of working together, Agent #2 declines to represent Skinny Minnie. I cry, I pick myself up off the floor and start submitting to new agents that same evening.

November: Agent #3 and I have a lovely phone call, and I start revising Skinny Minnie, again.

February: I go to the winter SCBWI Conference in NYC. I meet the agent I’m revising for! When I get home, she declines to rep Skinny Minnie. Was it something I said? I’ve spent money on a conference for nothing. My morale is lower than ever.

April: I finish a YA novel-in-verse and query agents with a vengeance.

May: I rack up over 75 form rejections. I get jealous of book deals. I can’t sleep. In a last ditch effort, I send a full of The Marble Queen to three more editors.

August: I decide it is never going to happen for me. I go back to school for a phlebotomy certificate. I get a job at the hospital. I don’t write, don’t read writing blogs, and I ponder deleting my profile on the blue board. I assume all submissions out are rejections. I hate writing.

December: An editor emails to ask if the YA novel-in-verse is available. I send it, elated.

March: Out of the blue I get an email from an editor at Marshall Cavendish asking if The Marble Queen is still available. (The manuscript sat in slush for 10 months) 10 days later she asks if I want to revise. Um, yes? I work my tail off hitting every single point in the editorial letter.

June 15, 2010 Late in the day, Robin Benjamin emails to ask if we can talk on the phone. I’m at the pool. It’s too late in NY for her to get my response. I have “a feeling.” I make a list of things to ask during the phone call. Amazingly enough, I sleep soundly.

June 16, 2010 I give the children stern warnings not to bother me while I am on the call unless the house is on fire. Robin calls at 9:11 am and offers to buy The Marble Queen. We chat. (The details are hazy) I hang up the phone and squeal. I am not even downstairs before I cry for my husband.

I call my dad, my mom, my sister and my best friend. I post the good news on all social media. My children run amok, while I am glued to the computer reading congratulatory emails and posts. I grin like The Joker during an hour at Little League. Later, we celebrate with champagne. My parents and friends give me bouquets. I’m so happy I could die.

Moral of the story: Never surrender! The Marble Queen is the book of my heart. I’m thrilled that it has found the perfect home, but it never would have happened if I wouldn’t have sent out just one more query!

And come to think of it, I’ve never heard on the novel-in-verse. 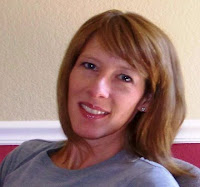 My debut novel is a middle grade historical called THE MARBLE QUEEN, forthcoming from Marshall Cavendish in 2012. It’s about a girl who longs to enter and win the local marble-shooting competition, even though everyone says marbles are for boys.

When I'm not in front of the computer, which is nearly always, I can be found in the backyard with my dog, my husband, and our three boys. Virtually I can be: here, here, here or here.