The Maryland/Deleware/West Virginia Chapter of SCBWI held the Leaps of Imagination: Fact, Fiction, & Fantasy event this past weekend. Many big names were in attendance, such as agent Stephen Fraser, Michelle Poploff (Executive Editor at Delacorte Press Books for Young Readers), agent Elana Roth, Louise May (Vice President/Editorial Director of Lee & Low), and Debra Hess senior Editor at Highlights for Children). Several other industry professionals, as well as authors and illustrators were on hand for the 2-day event. Read on, as Marissa shares tips and information coming out of this conference.

We're going to do things a little differently today. The event I attended this weekend was so jam-packed with excellent information, that we've decided to break it up a bit into several posts over the next few weeks. First up is literary agent Stephen Fraser of the Jennifer De Chiara Literary Agency. His presentation was entitled Leaping Into Action: How An Agent Sells Your Book. But before we get serious here, let me give you some background. Trust me, you'll want to listen even more to what Stephen presented after I dish a bit.

Before I went to the conference, I did the research any attendee might do to prepare. I checked out Casey McCormick's awesome Agent Spotlight on Stephen, as well as read through his profile on Query Tracker. The comments were so consistently positive, even when writers had been rejected. Comment after comment read as though he was akin to Jimmy Stewart's character Elwood P. Dowd in the 1950's classic Harvey. And after spending two days listening to his presentations, interact openly with attendees, and having a few conversations with him myself, I have to say it's all true. 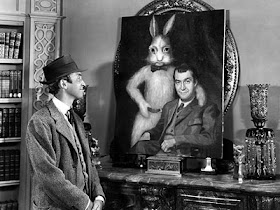 photo credits http://emsworth.files.wordpress.com/2009/11/dowd-with-harvey.jpg
But I digress. Stephen Fraser's background includes working at Simon & Schuster and HarperCollins as an editor before making the switch to agent. His philosophy as an agent is that a good book has a home. He considers himself a matchmaker, finding the appropriate home for the work of his clients. He repeatedly emphasized his appreciation for well-written, beautifully crafted writing throughout the weekend.

There's a lot of discussion about agents in a somewhat negative light at times in the blogosphere. Stephen Fraser is a living example of how this is far from true. You could sense the excitement he feels for projects he believes in, as well as the extreme disappointment experienced when that feeling is not shared with an editor at a publishing house. He expressed passion for the projects he has been a part of, though he cautions they may take time to sell. One example he provided was working with Carol Lynch Williams' book GLIMPSE, written in verse. After reading this book in one sitting at Starbucks, he said he didn't sleep at all that night because he felt haunted by the story and elated by the manuscript. After one full year, it finally sold and has been met with excellent reviews.

In today's market, Stephen emphasized that books are being evaluated as to whether or not they are potential bestsellers. One such project he represented that fit this description was the book THE CLOCKWORK THREE by Matthew Kirby, set to release this October. After having been introduced to publishing houses on a Thursday, it was purchased just three business days later by Scholastic Press. The buzz around this book is likely to grow and grow.

Any finally, to bring things full-circle, I have to tell you that the attendees at this terrific event were smitten with Stephen Fraser's easy-going, humorous, sincerity. He was swarmed at breaks like Justin Bieber at a Sydney, Australia concert, and it was easy to see why. I've decided that if this whole writing thing doesn't work out, I might start selling t-shirts at SCBWI events with the following logo printed on them: